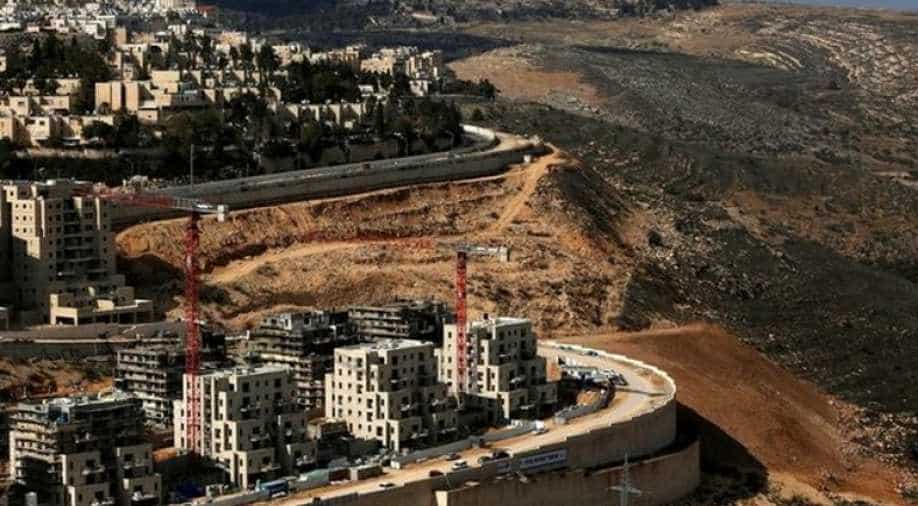 Israel announced plans on Tuesday for 2,500 more settlement homes in the occupied West Bank, the second such declaration since US President Donald Trump took office signalling he would be less critical of such projects than his predecessor.

A statement from the Defence Ministry, which administers lands Israel captured in a 1967 war, said the move was meant to fulfil the demand for new housing "to maintain regular daily life".

Most of the construction, it said, would be in existing settlement blocs that Israel intends to keep under any future peace agreement with the Palestinians. However, a breakdown provided by the prime minister's office showed large portions of the planned homes would be outside existing blocs.

About 350,000 settlers live in the West Bank and a further 200,000 in East Jerusalem, which Israel seized in the 1967 Middle East war. Beyond the major blocs, most of which are close to the border with Israel, there are more than 100 settlement outposts scattered across hilltops in the West Bank.

Nabil Abu Rdainah, a spokesman for Palestinian President Mahmoud Abbas, condemned the Israeli announcement and said it would have "consequences".

"The decision will hinder any attempt to restore security and stability, it will reinforce extremism and terrorism and will place obstacles in the path of any effort to start a peace process that will lead to security and peace," he said.

They want the West Bank and Gaza Strip, from which Israeli troops and settlers withdrew in 2005, for an independent state, with its capital in East Jerusalem.

Most countries consider settlements illegal and an obstacle to Israeli-Palestinian peace as they reduce and fragment the territory Palestinians need for a viable state.

Israel disagrees, citing biblical, historical and political connections to the land - which the Palestinians also assert - as well as security interests.

During the US election campaign, Trump indicated he would dispense with former President Barack Obama's opposition to settlement building, a stance that delighted Prime Minister Benjamin Netanyahu's government.

On Sunday, two days after Trump's inauguration, Israel announced plans for hundreds of new homes in East Jerusalem, and the right-wing Netanyahu told senior ministers he was lifting restrictions on settlement construction across the board.

"We can build where we want and as much as we want," an official quoted Netanyahu as telling the ministers.

Following Tuesday's announcement, the prime minister's office listed some of the West Bank areas slated for new construction, but not all were in settlement blocs.

"I have agreed with the defence minister to build 2,500 new homes in Judea and Samaria (West Bank) - we are building and will continue to build," Netanyahu said in a tweet. Defence Minister Avigdor Lieberman is himself a settler.

The Defence Ministry statement said 100 of the new homes would be in Beit El, a settlement which according to Israeli media has received funding from the family of Trump's son-in-law, Jared Kushner.

David Friedman, a staunch supporter of Israeli settlers who Trump has nominated to be his ambassador to Israel, has served as president of the American Friends of Beit El, a group that raises funds for the settlement.

It was not immediately clear whether Tuesday's announcement was the first in relation to the new construction. There are several stages involved in approving and building settlement homes and announcements frequently overlap or are reissued.