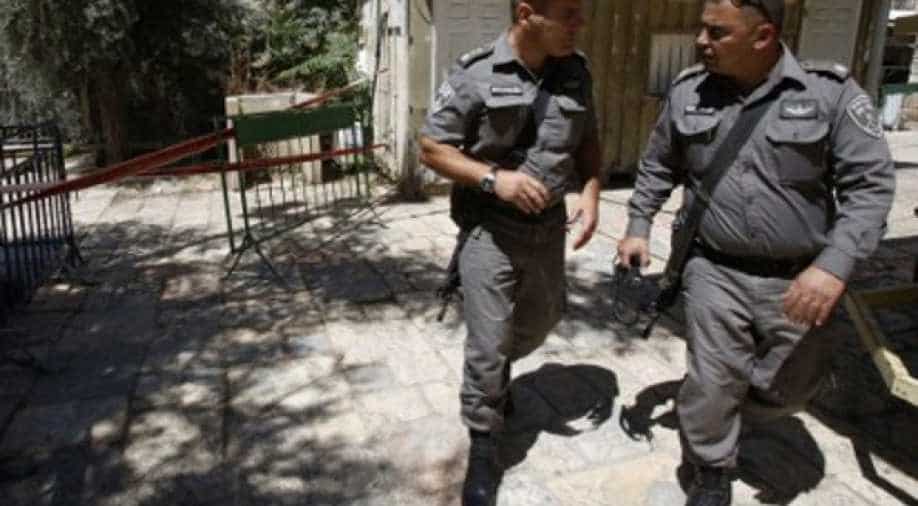 Israeli security forces near a security barrier in the city of Hebron. Photograph:( AFP )

Follow Us
Israeli troops locked down the occupied West Bank's most populous city Hebron and surrounding villages on Saturday after two Israelis were killed in Palestinian attacks nearby.

The crackdown comes amid a flare-up in nine months of deadly violence as the end of the Muslim fasting month of Ramadan looms, and after the major diplomatic players called for urgent steps by both sides to revive the moribund peace process.

Troops closed all exit roads from Hebron except for the main northern one through the town of Halhul towards Jerusalem, an AFP correspondent reported.

The army announced on Friday that it would close off the flashpoint city and deploy two additional battalions to the area.

The measures were described as the "most substantial steps on the ground" since 2014, when Israeli forces carried out a huge search operation in the southern West Bank for three young hitchhikers abducted and later found murdered by Palestinian militants.

Hebron has been one of the main focuses of the wave of deadly unrest that has rocked Israel and the Palestinian territories since last October.

At least 214 Palestinians, 34 Israelis, two Americans, an Eritrean and a Sudanese have been killed.

The army has said that around 80 of the attacks on Israelis have been carried out by Palestinians from the Hebron area.