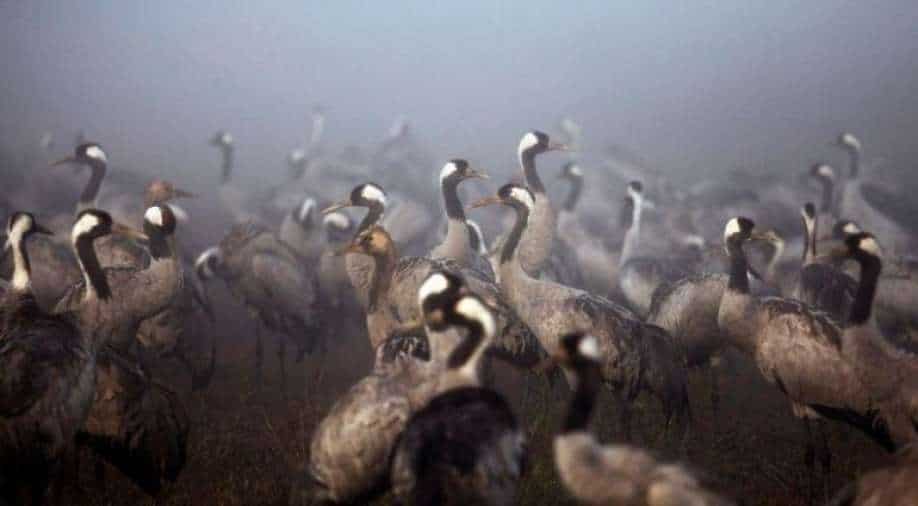 The dead birds were counted on Sunday at the Hula Lake Reserve. Photograph:( Reuters )

In addition to the 5,000 dead, another 10,000 are believed to be infected, Ohad Hatsofe, a specialist at the Israel Nature and Parks Authority said.

The deceased birds were tallied in the Hula Lake Reserve on Sunday, according to the Times of Israel.

It comes in the midst of an avian flu outbreak that has resulted in the culling of over half a million hens and turkeys.

Each year, tens of thousands of wild cranes pass through Israel on their journey to Africa. The majority of them came to a halt in the Hula Valley, where the dead birds were tallied.

According to the article, the Israel Nature and Parks Authority and the KKL-JNF Jewish National Fund uncovered another 250 dead cranes outside the reserve in the Hula Valley. Another 30 were located elsewhere.

In addition to the dead birds, an INPA spokesperson said that 10,000 are believed to be infected.

According to Uri Naveh, a senior scientist at the INPA, the virus attacks Israel every year, but this year's epidemic is far larger than prior ones.

He described the quantity of dead cranes as "unprecedented."

Until January 1, the reserve is closed to the public.