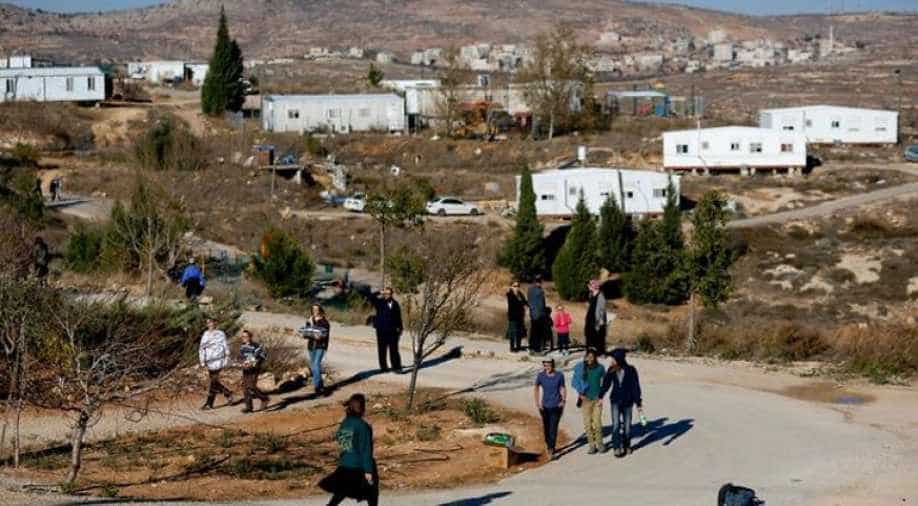 Hundreds of police officers marched into the Amona outpost near Ramallah to carry out the evictions ordered by the High Court. Photograph:(AFP)
Follow Us

Hundreds of officers marched into the Amona outpost near Ramallah to carry out the evictions ordered by the High Court after it determined the homes were built on private Palestinian land.

It marked the end of months of attempts by government hardliners to legalise the outpost, and the announcement of the new homes elsewhere in the occupied Palestinian territory was widely seen as a sop to their supporters.

There had been fears of violence after hundreds of hardline sympathisers of the settlers slipped past army roadblocks on foot and lit tyres around the outpost.

Some threw stones at the media as residents started packing their belongings, an AFP correspondent reported.

Police spokesman Micky Rosenfeld told AFP there were around 3,000 officers in and around Amona to move the 42 families, "and hopefully people will evacuate the area peacefully and quietly."

He estimated that another 600 people who were not from the outpost had arrived for the eviction.

"We're hoping that things will go relatively calmly and quietly. We're ready to respond if necessary to any violence," he said.

Youth confronted the forces with chants such as "How will you feel tomorrow after you evacuate a Jew from his home?" and "Today it's me, tomorrow it will be you," as police began evacuating them from the area.

Earlier, some women holding children left their homes, as youths barricaded themselves inside.

Teenage girls wrote slogans about their right to the land of Israel on the walls of the caravan homes, soon to be demolished.

"We won't be going, they'll have to take us," Amona resident Rivka Lafair, 19, told AFP.

Far-right lawmaker Moti Yogev, whose Jewish Home party is part of Israel's governing coalition, joined the settlers in a show of solidarity.

He told AFP that the demolition of the outpost was "a bad decision" but that the new homes announced by the defence ministry late on Tuesday were some compensation.

"Yes, Amona will be destroyed, but against Amona we are going to build 3,000 new homes," he said.

The former US administration of Barack Obama despaired of Israel's accelerating settlement expansion which it regarded as the biggest obstacle to Middle East peace.

But since Donald Trump took office with top aides sympathetic to the settlement enterprise, the government has announced a string of new projects that will add more than 6,000 homes for Jewish settlers.

According to the defence ministry's statement, 2,000 of the latest new homes are ready to be put on the market, while the rest are in various stages of planning.

"We're in a new era where life in Judaea and Samaria (the West Bank) is returning to its natural course," said Defence Minister Avidor Lieberman, who has himself long lived in a West Bank settlement.

Speaking at West Bank city Ariel on Wednesday, Lieberman said his heart was with the Amona settlers, but stressed their protest must "remain within the law."

Since the January 20 inauguration of Trump, Israel has approved the construction of 566 housing units in three settlement neighbourhoods of annexed east Jerusalem and 5,502 more elsewhere in the West Bank.

They had been frozen under pressure from the Obama administration, which had warned that settlements could derail hopes of a negotiated two-state solution.

Trump has pledged strong support for Israel, and Netanyahu's government has moved quickly to take advantage.

"We are building and we will continue building," Netanyahu said last week.

The prime minister has said he sees the Trump presidency as offering "significant opportunities" after facing "huge pressures" from Obama.

The accelerated settlement expansion has deeply concerned those seeking to salvage a two-state solution to the Israeli-Palestinian conflict.

The international community considers all Jewish settlements on occupied Palestinian land as illegal and regards their construction as the biggest obstacle to a peaceful settlement of the conflict.

But in a significant break with the Obama administration, Trump's White House has not condemned any of the four settlement expansions announced by Israel since he took office.