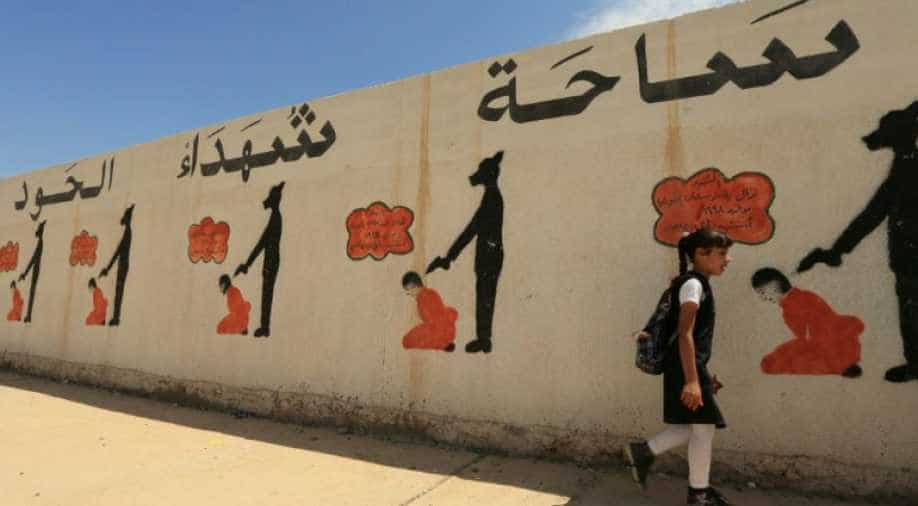 The Sunni jihadist group had a huge digital footprint, flooding social media with slick videos lionising their fighters and showing the gruesome executions of 'infidel' soldiers and civilians.

The Islamic State may have lost its self-styled caliphate, but its barbaric back catalogue of grisly execution videos will continue to haunt the global imagination and serve as a template for how to sow terror, analysts say.

At the height of its reign over a vast chunk of Iraq and Syria in 2014-2015, the Sunni jihadist group had a huge digital footprint, flooding social media with slick videos lionising their fighters and showing the gruesome executions of "infidel" soldiers and civilians.

Today, its once-sophisticated propaganda machine, like its proto-state, has been reduced to rubble.

But the images of a Syrian soldier being crushed with a tank, a Jordanian pilot being burned alive in a cage, and countless other IS atrocities, including Western reporters and aid workers being beheaded, will endure.

"It clearly will stick with us, rather like how Al Qaeda stuck with us persistently even after Osama bin Laden was killed," Charlie Winter, senior research fellow at the International Centre for the Study of Radicalisation (ICSR) at King's College London, told AFP.

The group was not the first to use gore as a propaganda tool, with al-Qaeda releasing a video of the beheading of US journalist Daniel Pearl in Karachi in 2002 and Mexican drug cartels also regularly sharing decapitation videos.

But IS's Hollywood-style action clips -- and use of Facebook, Twitter, YouTube and the encrypted service Telegram to reach millions of viewers -- took graphic terror videos into the mainstream.

IS invested "a lot more time, a lot more money, a lot more energy, and a lot more human capital in the production of propaganda than other groups have before it," Winter said.

"It was the pioneer in terms of really upscaling and industrialising the production of propaganda."

Analysts say the group was particularly savvy in its use of social media to cement the radicalisation of thousands of disenfranchised Muslim youths by projecting an image of invincibility on the battlefield.

To expand its audience, it piggybacked on popular hashtags on social media, such as those linked to the 2014 World Cup in Brazil and one linked to singer Justin Bieber.

And while the videos and pictures of crucifixions and decapitations dominated international headlines, other IS videos tried to show a softer side of life in the caliphate.

"Most of the videos, and broadly, most of the web content produced by ISIS at the time, were actually utopian content, trying to show that they were trying to build a utopian state, a utopian society," Marc Hecker, foreign policy expert at the French Institute for International Affairs told AFP.

Foreign fighters were also the forefront of the propaganda drive, snapping grinning selfies of themselves with assault rifles slung across their chests, on what David Thomson, author of a bestselling book of interviews with French jihadists, called their "LOL jihad".

Pointing to the likes of Junaid Hussain, a young British hacker who enlisted and died in Iraq, Raffaello Pantucci, director of international security studies at RUSI, noted, "Their communications people were kids in their twenties operating in a terror group the way they do back home."

"They weren't doing anything exceptional."

Their social media presence made IS propagandists a prime target for international intelligence agencies, with a US airstrike killing IS spokesman Abu Mohamed al-Adnani in northern Syria in August 2016 and another hit taking out its media centre in the Iraqi city of Mosul.

Under pressure from Western governments, Facebook, Twitter also clamped down on jihadist propaganda, establishing filters on violent content that IS and other terror groups struggle to circumvent.

These days IS propagandists mostly use the "dark web" -- a heavily encrypted part of the internet which is almost impossible to regulate, or the Telegram app -- to encourage supporters to launch attacks on their own initiative.

A research note in November from the Centre for Strategic and International Studies, a Washington-based think-tank, said the group retained a "digital caliphate" to support its insurgency in other countries.

Noting its launch of a new series of weekly videos providing statistics on purported IS activity across the world, author Maxwell B. Markusen noted, "This propaganda effort also may indicate an ongoing effort to over-emphasise its real role on the battlefield, and to recruit new fighters."

Winter described the group's impact on terrorist propaganda as "enormous".

"It has globalised its ideology in a way that was never really feasible before. And that will definitely stand to have an impact in how the global insurgency in terms of jihadists will look for years to come," he said.