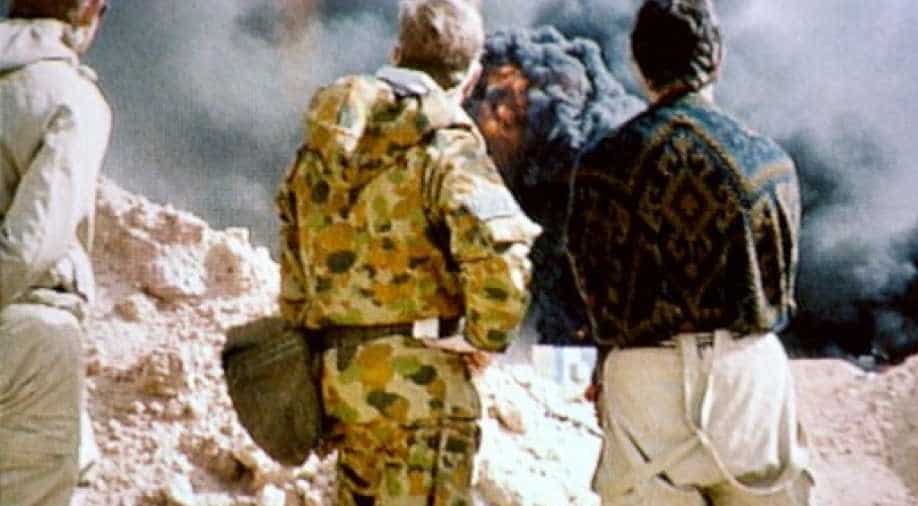 Jihadists belonging to the so-called Islamic State group may have manufactured sulphur mustard gas used in attacks in Syria and Iraq themselves, the head of a global watchdog told AFP Friday.

Samples analysed by experts with the Organisation for the Prohibition of Chemical Weapons "suggest that this substance may have been produced by ISIS itself," the body's director general Ahmet Uzumcu said, adding it was of "poor quality but still harmful" and the development was "extremely worrying".

The global watchdog tasked with destroying chemical weapons is probing more than 20 reports of the alleged use of toxic arms in Syria since August, its chief told AFP Friday.

Experts with the Organisation for the Prohibition of Chemical Weapons also believe the so-called Islamic State group may have itself manufactured  mustard gas used in attacks in Syria and Iraq, the body's director general Ahmet Uzumcu said.

It was an "extremely worrying" development for the OPCW, he said, as the organisation marks its 20th anniversary in 2017 having overseen the destruction of 94 per cent of the world's declared chemical weapons.

With the United States and Russia now on target to destroy their last remaining stockpiles within the next seven years, Uzumcu said stopping jihadists and individual groups getting hold of chemical weapons was "a challenge" which was "at the top of the agenda" for the organisation based in The Hague.

He was speaking exclusively to AFP only hours after the UN Security Council extended the mandate for another year of a special joint UN and OPCW panel to allow it to investigate chemical attacks which have been reported in Syria this year.

Since August 1 there had been a number of allegations, by both the Syrian regime and the opposition rebels, of the "use of chlorine and unidentified agents in Aleppo and in northern parts of Syria" such as Idlib, he said.

The OPCW is already "collecting information and analysing" it, the OPCW director general said, to see if the allegations "are credible or not in order to deepen our investigation".

"The number (of allegations) is quite high. I counted more than 20," said Uzumcu, revealing that even on Thursday the Syrian authorities had sent to the OPCW fresh reports of chemical weapons use against them.

The panel set up by the UN, known as the Joint Investigative Mechanism, has already determined during a year-long probe that Syrian government forces carried out three chlorine gas attacks on villages in 2014 and 2015.

It was the first time that an international inquiry pointed the finger of blame at President Bashar al-Assad and his forces, after years of denial from Damascus since the start of the civil war in 2011.

The joint panel also found that Islamic State, which captured a large swathe of Iraq and Syria in 2014, was behind a mustard gas attack in Syria in August 2015.

Samples of mustard gas taken from attacks in Syria and Iraq have been analysed by the OPCW's laboratories in The Netherlands and "the findings do suggest that this substance may have been produced by ISIS itself," said Uzumcu.

It was "poor quality, but still harmful ... and it was weaponised so it's extremely worrying," the OPCW chief said.

"Especially given the fact that there are several foreign fighters in those countries who may go back to their countries of origin one day. This requires a high-degree of vigilance within our countries."

OPCW experts were now "trying to prioritise" the fresh allegations out of Syria as "I don't think we will be able to investigate them all," Uzumcu said, highlighting the difficulties of working in a war zone.

After an OPCW team hit a home-made roadside bomb in Syria in early 2014, experts can no longer travel outside of Damascus. They interview witnesses, sometimes in person, and gather material through a variety of sources.

The Syrian government has provided information about alleged chemical weapons attacks against regime forces which they have reported to the OPCW, but despite requests about alleged attacks in opposition-held areas "we didn't receive any input on those", Uzumcu said.

Only four nations have not yet signed up to the Chemical Weapons Convention -- Egypt, Israel, North Korea and South Sudan.

The OPCW's 192 member nations are now preparing for their annual conference here which opens on November 28, and comes after its policy-making body last week issued an unprecedented condemnation of Syria and IS for using chemical weapons. A Syrian representative is expected to attend the talks.

Uzumcu also revealed that a special team of up to 15 people has been established in the past year ready to deploy within 24 hours if any state asks for help following a suspected chemical attack, perhaps by militant or extremist groups.

"We take very seriously this threat, I'm personally concerned. This is a real threat," he said.