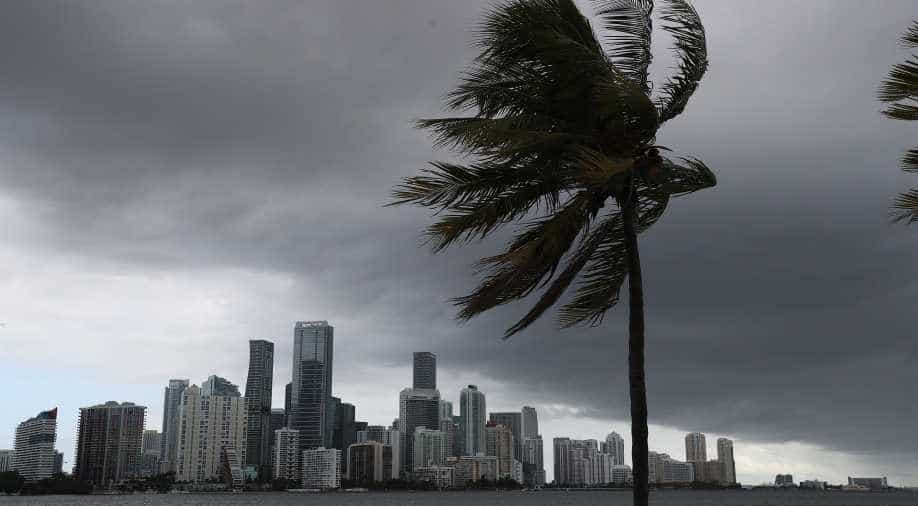 The deadly storm was expected to unleash up to eight inches (20 centimeters) of rain on the Bahamas before directing its fury at the United States.

Isaias weakened slightly to a tropical storm on Saturday after lashing the Bahamas, but forecasters warned it would likely grow into a hurricane again overnight as it approaches coronavirus-stricken eastern Florida.

The deadly storm was expected to unleash up to eight inches (20 centimeters) of rain on the Bahamas before directing its fury at the United States.

As of 5 pm (2100 GMT), Isaias was packing maximum sustained winds of up to 70 miles (110 kilometers) an hour, and was emerging over the Straits of Florida between the Florida Keys and Cuba.

Isaias is, however, expected to re-strengthen into a hurricane overnight as it approaches southeastern Florida, said the Miami-based National Hurricane Center.

The area was already receiving gusty showers late Saturday afternoon, and President Donald Trump declared an emergency ahead of the storm's arrival to free up federal funds.

The emergency operations center in Miami, usually a beehive of activity ahead of a storm, was mostly empty with plastic dividers set up between work stations and fans with ultraviolet lights hung around the room in the hope of eradicating any floating virus particles. Many emergency officials are instead working remotely.

Florida residents rushed to stock up on essentials as Isaias -- the ninth named storm of the Atlantic season -- began to be felt on the southeastern coast.

The storm's slight turn offshore could spare the state the worst.

Isaias is seen as a major test for emergency systems in Florida, one of the US states hardest hit by the coronavirus crisis.

Only California, with almost double Florida's population of about 21 million people, has registered more cases.

On Saturday, Florida reported another 179 deaths, setting a new state record and pushing its virus death toll to 6,843.

Florida's coronavirus testing centers were closed Thursday and will not reopen until they get the all-clear after the storm.