IS campaign of fear and violence will not succeed: Hillary Clinton 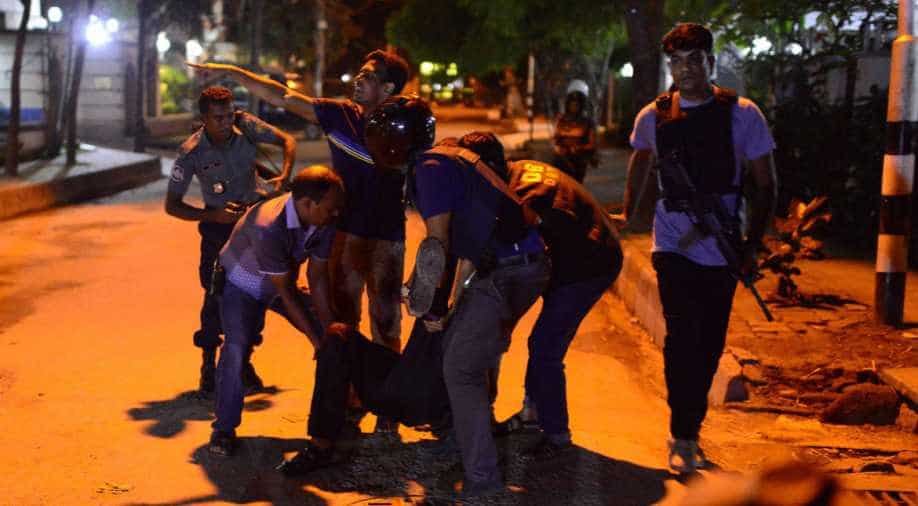 IS has claimed responsibility for what was one of the most brazen attacks in Bangladesh's history, killing more than a dozen foreigners at a restaurant before security forces ended a 12-hour standoff. Photograph:( Getty )

Follow Us
In the aftermath of the Islamic State attack on a Bangladesh restaurant that left 20 dead, Democratic White House hopeful Hillary Clinton has asserted that the US stands firmly with its allies in the fight to defeat the terror group.

She said her "thoughts and prayers" were with the people of Bangladesh, and stressed that the terror group's "campaign of fear, hatred and violence" would not succeed.

"The terrorist assault on a bakery and restaurant in Dhaka is a reminder that an attack halfway around the world is still an attack on all of us, in the everyday places we hold dear," Clinton said in a statement.

The victims in Dhaka came from all over-- Italy, Japan, India and Bangladesh, she said, adding that at least three, including an American citizen, attended college in the United States.

"Today, we say with one voice: this campaign of fear and hatred and violence will not succeed. We will not retreat," Clinton said.

"We will not turn our backs on each other. The United States stands firmly with our friends and allies in the fight to defeat ISIS and radical jihadism around the world. Our thoughts and prayers are with the victims, their families, and the people of Bangladesh," she said.

Mourning the loss of life in the attack, Democratic leader Nancy Pelosi said the United States is ready to help Bangladesh.

"With heavy hearts, we pray for the victims, survivors, and the loved ones affected by this horrific assault. With determined spirits, we will continue to stand firm against these vicious acts wherever they occur," she said.

"We must continue to confront terrorists with strength, unity, and a comprehensive strategy. Extremists fuelled by hatred can never extinguish the light of international cooperation and the beacon of hope aflame in communities around the world," Pelosi said.