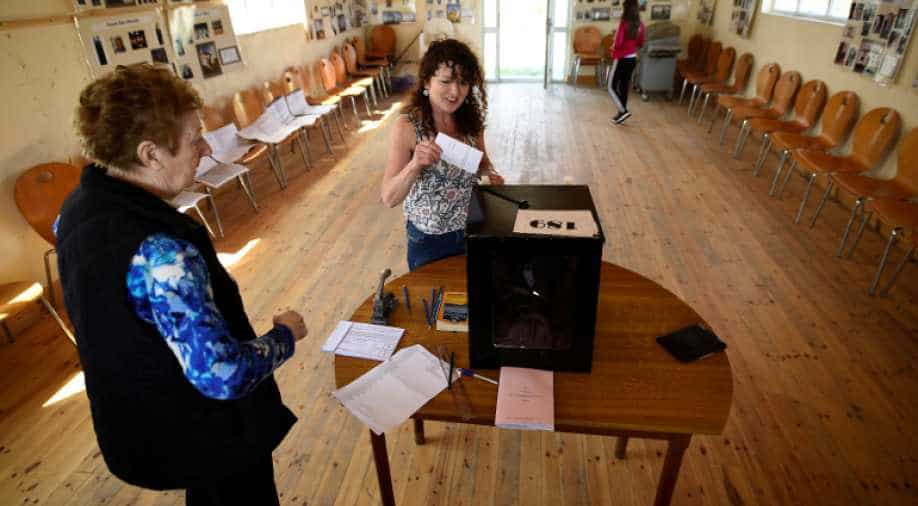 Presiding Officer Carmel McBride looks on as a voter casts their vote in the polling box for the referendum on liberalising abortion law. Photograph:( Reuters )

Ireland`s resounding vote to overturn a constitutional ban on abortion represents the culmination of a "quiet revolution" in the country, Prime Minister Leo Varadkar said on Saturday.

"The public have spoken. The result appears to be resounding ... in favour of repealing the 8th amendment" constitutional ban on abortion, Varadkar told journalists in Dublin.

"What we see is the culmination of a quiet revolution that has been taking place in Ireland over the last couple of decades," he added.

The people of Ireland are set to liberalise some of the world`s most restrictive abortion laws by a landslide, two exit polls from a referendum showed on Friday, as voters demanded change in what two decades ago was one of Europe`s most socially conservative countries.

An Irish Times/Ipsos MRBI exit poll suggested that voters in the once deeply Catholic nation had backed change by 68 percent to 32 percent. An RTE/Behaviour & Attitudes survey put the margin at 69 percent to 31 percent.

If confirmed, the outcome will be the latest milestone on a path of change for a country which only legalised divorce by a razor-thin majority in 1995 before becoming the first in the world to adopt gay marriage by popular vote three years ago.

Opinion polls have suggested the result could be close, with large numbers of undecided voters hanging in the balance.

Ireland was traditionally one of the most staunchly Roman Catholic countries in Europe. However, the church's influence has waned in recent years following a series of child sex abuse scandals.

The referendum comes three years after Ireland voted to legalise same-sex marriage, in a seismic change for the EU nation.

The count is to begin at 9:00 am on Saturday, with the result expected to be announced at Dublin Castle later in the day.