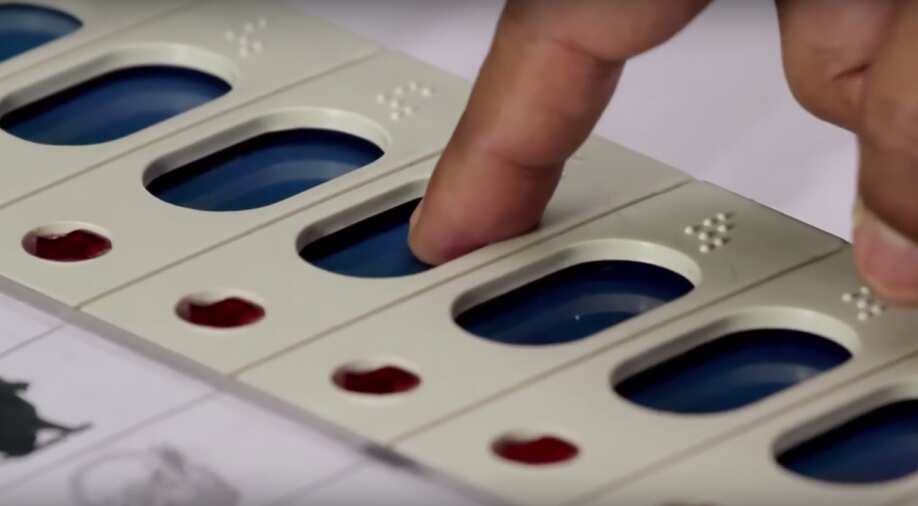 A total of 329 seats are up for grabs in the election, which was moved forward from 2022 as a concession to youth-led pro-democracy protests that erupted in late 2019

War-scarred Iraq holds parliamentary elections on October 10, a year early to appease an anti-government protest movement, in a nation that remains mired in corruption and economic crisis.

The country is emerging from almost two decades of conflict and insurgency since the 2003 US-led invasion toppled dictator Saddam Hussein, promising to bring freedom and democracy.

Although security has improved in recent years, elections threaten new volatility in a nation still terrorised by militant attacks and where major political factions are heavily armed.

It is feared turnout will again be low among the 25 million eligible voters, many of whom are deeply disillusioned and view the entire political class as inept and corrupt.

Despite being a major oil producer, Iraq is close to being "economically and ideologically bankrupt," said Renad Mansour of the London-based Chatham House.

The political system is "unable to provide sufficient jobs or services," he added.

According to UN figures, nearly a third of Iraq's almost 40 million people live in poverty, and the pandemic and last year's fall in oil prices only deepened a long-running crisis.

"The country is still mired in corruption which affects all institutions," said Iraqi analyst Ihsan al-Shammari.

Prime Minister Mustafa al- Kadhemi, who only took office in May 2020, moved forward the scheduled 2022 polls as a concession to the unprecedented, youth-led protest movement that erupted two years ago.

The activists railed against graft, unemployment and crumbling public services, but the protests ended after being hit by a wave of bloody violence and the start of the COVID-19  pandemic.

Kadhemi's political future hangs in the balance, with few observers willing to predict who will come out on top in the polls after the lengthy haggling between factions that usually follows an Iraqi election.

Iraqi politics, and the 329-seat legislature, have been dominated by factions representing the country's Shiite Muslim majority since the fall of Saddam's Sunni-led regime.

But they are increasingly split, including in their attitudes toward the country's powerful Shiite neighbour Iran, which competes with the United States for strategic influence in Iraq.

The biggest bloc in the assembly has been the Sadrist camp of Shiite leader Moqtada Sadr, a political maverick and former anti-US militia leader who opposes all foreign influence in Iraq.

The most powerful pro-Iranian factions are from the bloc linked to the Hashed al-Shaabi (Popular Mobilisation Forces) umbrella group of paramilitary groups, which helped defeat the Islamic State jihadist group.

IS had captured a third of Iraq before losing its self-declared caliphate across Iraq and Syria in late 2017.

The Hashed have been integrated into the Iraqi state security apparatus, and many of their figures were elected as lawmakers in 2018 polls.

Political scientist Fadel Abou Raghif warned of "the danger of a security deterioration after the announcement of the results".

Tensions had already been heightened by the triumphalist speeches of some candidates, he said.

"The results could come as a shock by not matching their expectations," he said. "This could lead them to wage war on the results."

Shammari also said he does not rule out "friction" or "escalation" if "the armed factions do not get sufficient representation in the executive".

Many parties and activists close to the October 2019 protest movement are boycotting the elections, denouncing the anti-democratic climate and the proliferation of weapons.

Nearly 600 activists were killed, many thousands wounded and scores abducted in attacks that are widely blamed on pro-Iranian "militias".

"Weapons are a big challenge," Shammari said, adding those who hold them "are now above the law".

"These factions are also participating in the elections through their 'political shopfront' groups."

Washington has blamed pro-Iranian groups for attacks on its interests in Iraq, where it still stations 2,500 troops, deployed as part of the anti-IS coalition.

Washington has announced the end of combat missions for US soldiers in Iraq, saying their role will be limited to training Iraqi troops and sharing intelligence.

IS, for its part, has not disappeared as a threat.

While the jihadists have gone underground, their cells have stepped up attacks, including killing more than 30 people in a July suicide attack on a Baghdad market.

A UN report this year pointed to "a marked increase" in IS attacks, including "sophisticated double-pronged attacks, fake checkpoints, abductions and executions of civilians".