Iraqi militias start withdrawing from US Embassy in Baghdad 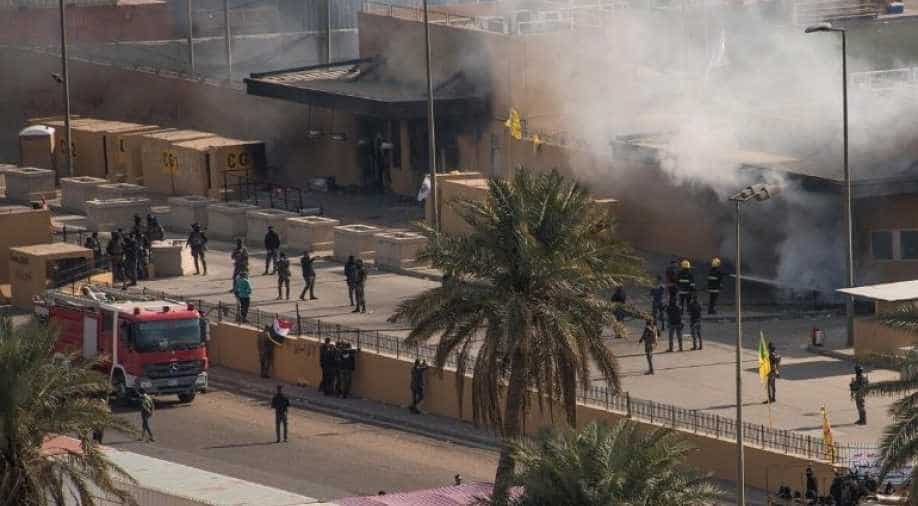 Iraqi firemen extinguish a blaze at the gates of the US embassy compound in Baghdad, Iraq Photograph:( Reuters )

Paramilitary groups who have been protesting against US airstrikes in Iraq began to withdraw from the perimeter of the US Embassy in Baghdad on Wednesday, although some supporters remained.

By Wednesday afternoon many had left the embassy and started setting up a protest camp in front of a nearby hotel. A small group of protesters remained and said they would not leave till US forces were expelled from Iraq.

President Donald Trump said Tuesday he expects Iraq to "use its forces" to protect the US embassy in Baghdad after pro-Iran protesters breached the outer wall of the compound.

"We expect Iraq to use its forces to protect the Embassy, and so notified!" Trump tweeted.

It was the first time in years that protesters have been able to reach the US embassy, which is sheltered behind a series of checkpoints in the high-security Green Zone.

Trump blamed Iran for organising the attack and warned Tehran would be held accountable.

"Now Iran is orchestrating an attack on the US Embassy in Iraq. They will be held fully responsible," he tweeted.