Iraqi forces accused of brutality and torture in Mosul, investigation to start 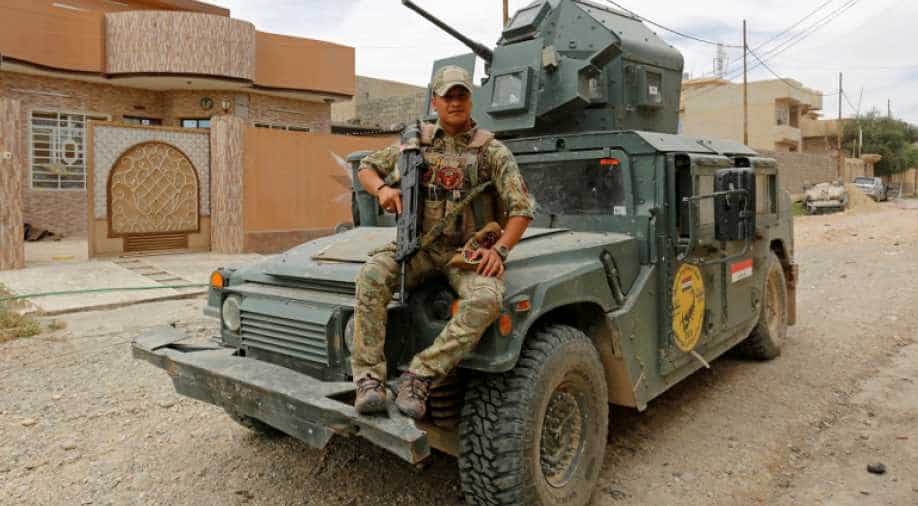 The Iraqi Ministry of Interior, Qasim al-Araji, launched an investigation into accusations of torture and abuse allegedly committed by the Iraqi elite forces of the Emergency Response Division (ERD) during the Mosul offensive.

Since October 2016 several units of the Iraqi army fought to uproot the Islamic State (IS) from Mosul, which now occupies only abouty ten per cent of Mosul when before it had full control.

The decision to investigate the ERD comes after the German magazine Der Spiegel published an article and a few pictures taken by Iraqi photographer Ali Arkady, while he was following the ERD's operations.

Arkady, who is also a documentary filmmaker, was allowed full access for a project aiming to present the effort that soldiers were making in Mosul. His project took a sudden turn when he started witnessing civilians suspected of being Islamic State supporters being hanged to the ceiling, blindfolded and beaten up by ERD soldiers. He recounts brutality, torture and random killing based only on rumours and mere suspicion. A man, for instance, was tortured to death only because his elder brother joined the Islamic State.

The ERD is currently conducting street-to-street operations against the last pockets where IS militants still hold control. The unit is part of the special forces directly answering to the ministry of interior and has been trained mainly by the US army. They often conduct night raids and rapid incursions.

Before publishing his reportage, Ali Arkady moved out of Iraq with his family, fearing for their safety. Since then, he repeatedly received threats.

The Emergency Response Division issued a statement dismissing the report and stating that it is based on "fabricated and unreal images".

Brett McGurk, the US Special Presidential Envoy for the Global Coalition to Counter ISIS, expressed his country's position on the matter on Twitter:

Iraqi forces have bravely placed civilian protection as top priority throughout #Mosul campaign, at great risk to their own personnel. 1/2

Individuals or units failing to uphold that standard do a disservice to their sacrifice and must be investigated & held accountable. 2/2

Arkady's work opens a window on something many journalists were afraid of while following the Mosul offensive on the ground. Many documented and photographed anybody merely suspected of supporting the IS while they were being carried away on the back of pickups and armoured vehicles. No one was allowed to follow these people in order to understand how they were questioned.

The main narrative was Iraqi forces as brave liberators freeing civilians from the pure evil of the Islamic State. The Iraqi army was quite devoted in showing their humanitarian side whenever reporters were around.

The Der Spiegel report is a reminder of the long-standing problem of access for civilian witnesses in war zones. If independent actors are not allowed to follow every step of a conflict, the battlefield will always protect and hide all abuses and violations. This is valid for every army – regular or irregular – in the world.

But war is war, and is always dirty. There is no gallantry and too many times armies, insurgents and terrorists profit from theft, human trafficking and every form of violation. In almost every country at war there are no sensitisation programs for regular armies on how to behave. This is especially needed in countries like Iraq, which have witnessed long conflicts. Any 20-year-old Iraqi has barely memories of a peacful country, and this shapes his judgment.

Conflicts exasperate relations between neighbours. Arrests based merely on the word of locals--which can be based on rumours, pressure from the army, and fraught for many other reasons--cannot be the norm. The risk of personal vendettas is too high. An official investigation and a fair trial are the need of the hour if a government wants to start walking towards a reconciliation process.