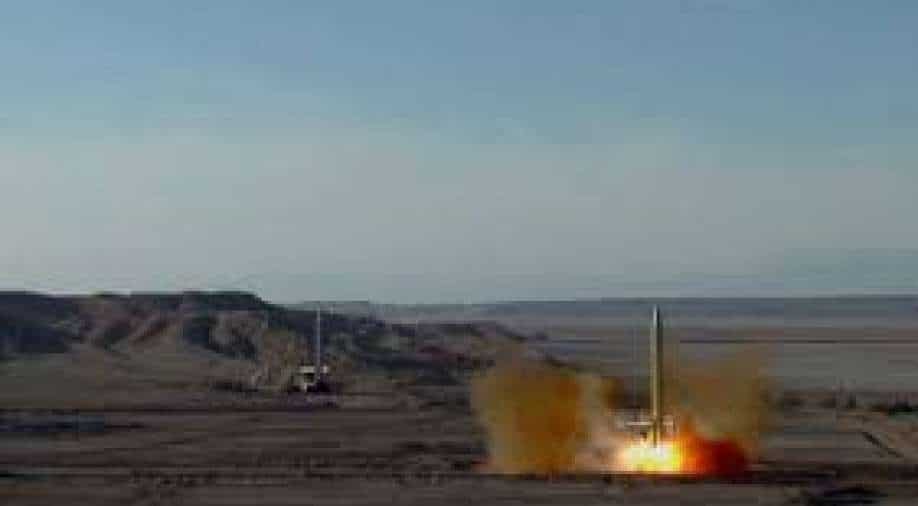 Chief of Staff of the Iranian Armed Forces Mohammad Baqeri also attended the war-game, and issued a warning against any hostile threat to Iran's national interests.

Iran's Islamic Revolution Guards Corps (IRGC) held a new missile drill, during which it successfully fired ballistic missiles in the Indian Ocean over a distance of 1,800 km.

"One of our main purposes in defence policies and strategies is to be able to hit the enemy's warships, including aircraft carriers and battle cruisers, with long-range ballistic missiles," Xinhua news agency quoted Hossein Salami, IRGC's commander in chief, as saying.

According to official news agency IRNA, the manoeuver, codenamed 'Great Prophet-15', consisted of the detection of hostile mock warships by the surveillance systems of the IRGC's Aerospace Force, and their destruction using ballistic missiles of various classes within a 1,800 km range.

Chief of Staff of the Iranian Armed Forces Mohammad Baqeri also attended the war-game, and issued a warning against any hostile threat to Iran's national interests.

To this account, France's foreign minister said Iran was in the process of building up its nuclear weapons capacity and it is urgent that Tehran and Washington return to a 2015 nuclear agreement.

Iran has been accelerating its breaches of the nuclear deal and earlier this month started pressing ahead with plans to enrich uranium to 20 per cent fissile strength at its underground Fordow nuclear plant. That is the level Tehran achieved before striking the deal with world powers to contain its disputed nuclear ambitions.

The Islamic Republic's breaches of the nuclear agreement since President Donald Trump withdrew the United States from it in 2018 and subsequently imposed sanctions on Tehran may complicate efforts by President-elect Joe Biden, who takes office on Jan. 20, to rejoin the pact.

Iran, however, denies any intent to weaponise its nuclear programme.