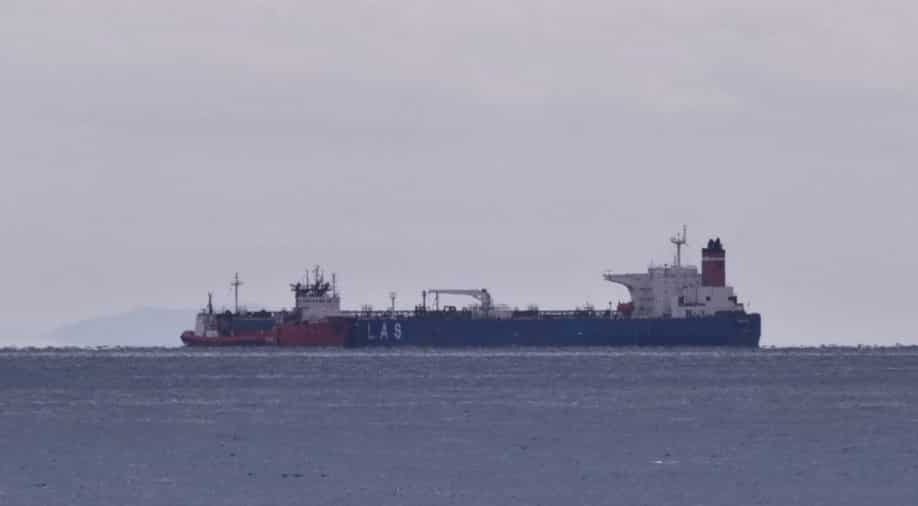 File photo: The seized oil tanker Pegas is seen anchored off the shore of Karystos, on the Island of Evia, Greece Photograph:( Reuters )

According to the Greek foreign ministry, among the crew members of the two ships, nine of them are Greek citizens

Saeed Khatibzadeh, the spokesman of the Iranian foreign ministry, the crews of two Greek oil tankers it has seized in the Gulf are not under arrest and are in "good health".

According to him the ties between Iran and Greece have ties between the two countries as having "always been based on mutual respect."

In a veiled attack on the US for asking Greece to seize the crude oil cargo of an Iranian-flagged tanker, Khatibzadeh said the ties between Tehran and Athens "must not be hampered by deeply shortsighted miscalculations, including highway robbery on the command of a third party".

The Revolutionary Guards, the ideological arm of Iran's military, had previously warned the United States that it would take "punitive action" following a “judicial intervention by US authorities concerning the ship’s cargo”.

Iran's Ports and Maritime Organisation said in a statement, "The crew of the two Greek tankers have not been arrested, and all crew members ... are in good health and are being protected, and provided with necessary services while on board, in accordance with international law."

Slamming the "tantamount to acts of piracy", Greece had condemned Tehran's detention of the two ships.

According to the Greek foreign ministry, among the crew members of the two ships, nine of them are Greek citizens.

Comparing the seizing of its tankers to sanctions imposed on Russia following its invasion of Ukraine, Greece said Iranian navy helicopters had landed gunmen on the two tankers.

In 2018, the US had reimposed crippling sanctions on Iran's lucrative oil exports after former US President Donald Trump pulled out of a nuclear agreement between Tehran and major powers.