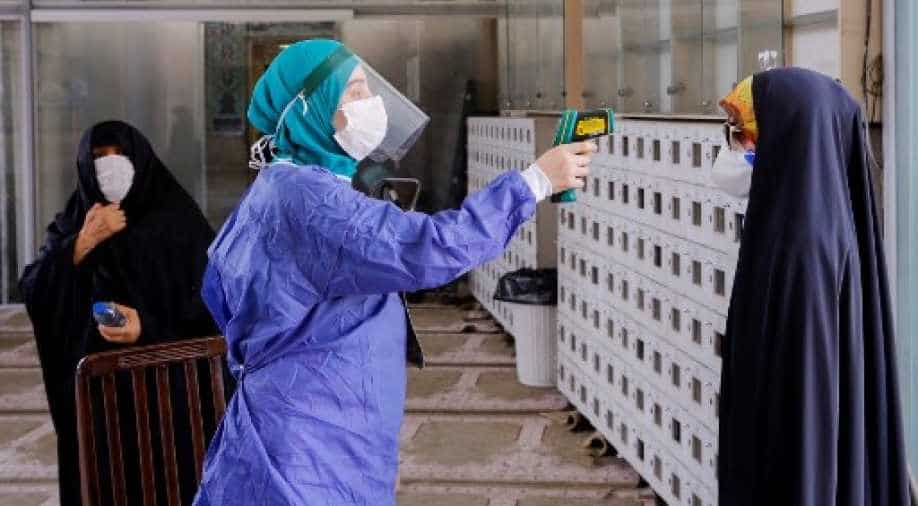 Mazandaran has become the new epicentre of the virus even as Qom in central Iran has been widely reported to be witnessing a surge in cases.

As Iran reported the highest single-day increase in coronavirus infection in nearly a month, a report said that the death toll could be triple of what the Iran government claims.

Also Read: Iran struggles to buy food in a world wary of touching its money

Iran is the hardest hit with the virus in the Middle East as health ministry spokeswoman Sima Sadat Lari said that 2,685 more people had tested positive for coronavirus in the past 24 hours.

According to a BBC report, the Iran government reported nearly 42,000 deaths till July but the country's health ministry had said that 14,405 fatalities had occurred with the number of infected cases reported by the government at 451,024, although the health ministry is reported to have revealed 78,827 cases.

Although the number of cases had reportedly dipped in April and May, however, some areas have shown a surge in cases in the last few weeks. Iran had reported the first case of the virus in late February.

Iran's health ministry spokeswoman Sima Sadat Lari said on Sunday that the total number of coronavirus cases was 309,437 with the death toll rising to 17,190.

There have been doubts raised by several experts on Iran's actual death toll. However, the health ministry spokesman confirmed that since late June daily infections have been on a "rising trajectory".

"We are concerned that trivialising the situation and lax observance of health protocols may lead to a worsening of the outbreak in the province,"  Lari stated.

Mazandaran has become the new epicentre of the virus even as Qom in central Iran has been widely reported to be witnessing a surge in cases.

Amid the rising number of cases, Iran has made wearing masks compulsory in sensitive areas and local officials have been given powers to reimpose restrictive measures.

On Saturday, a prominent Iranian filmmaker Khosro Sinai, 79, had died due the virus.