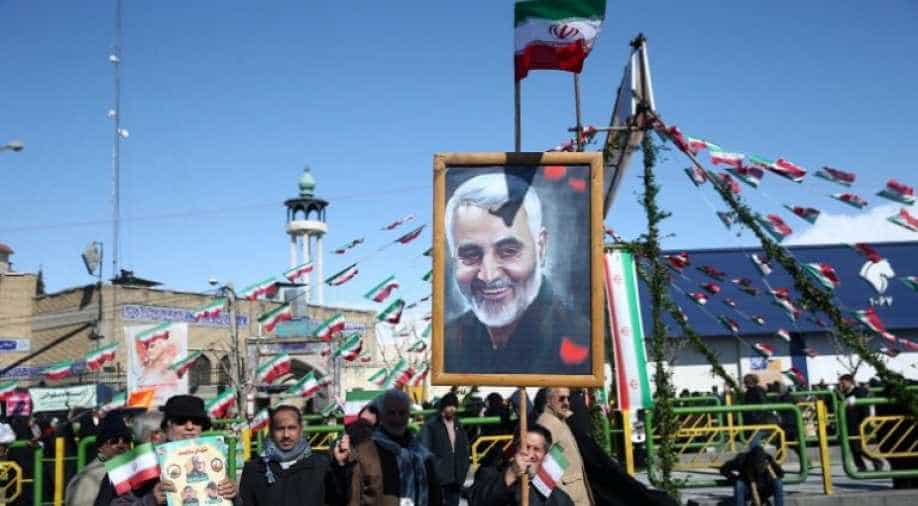 An Iranian man holds a picture of the late Iran's Quds Force top commander Qassem Soleimani, during the commemoration of the 41st anniversary of the Islamic revolution in Tehran, Iran February 11, 2020 Photograph:( AFP )

On January 3, a US drone strike in Iraq killed Soleimani, the head of Iran's elite Quds Force

An Iranian citizen who provided information to US and Israeli intelligence services on the whereabouts of Iran's slain top commander Qassem Soleimani will be executed soon, Iran's judiciary said on Tuesday.

On January 3, a US drone strike in Iraq killed Soleimani, the head of Iran's elite Quds Force. Washington blamed Soleimani for masterminding attacks by Iran-aligned militias on US forces in the region.

"Mahmoud Mousavi-Majd, one of the spies for CIA and Mossad has been sentenced to death. He gave the whereabouts of martyr Soleimani to our enemies," judiciary spokesman Gholamhossein Esmaili said in a televised news conference.

Following Soleimani's killing Iran retaliated with a rocket attack on Iraq’s Ain al-Asad base where U.S. forces were stationed on January 8. No US troops were killed or faced immediate bodily injury, but hundreds were later diagnosed with traumatic brain injury.

President Trump celebrated the assassination of Soleimani as a big win for America, stating that the slain commander of the Iran Revolutionary Guard's Quds Force had put in harm's way multiple American lives.

As Iran promises revenge, people of the country came out by the millions to protest the American operation and pay their respects to the martyred 'Hero of the Iranian people'.