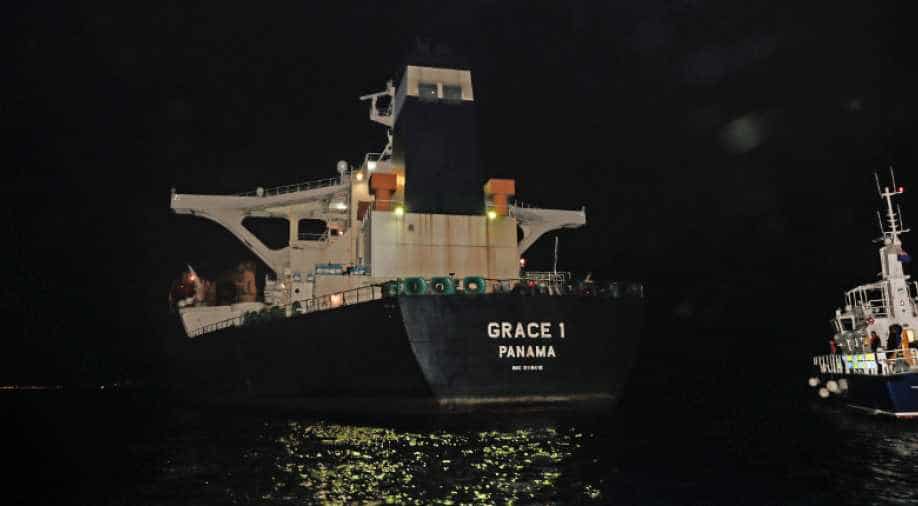 British Royal Marines had boarded the ship, Grace 1, off the coast of Gibraltar and seized it for trying to take oil to Syria in violation of European Union sanctions.

Tests have shown a supertanker seized in Gibraltar last week was fully loaded with crude oil, the government of the British territory said on Monday.

British Royal Marines boarded the ship, Grace 1, off the coast of Gibraltar on Thursday and seized it for trying to take oil to Syria in violation of European Union sanctions.

"Her Majesty's Government of Gibraltar can now confirm, after having received the results of comprehensive laboratory testing, that ... the Grace 1, which was detained in the early hours of Thursday morning, is loaded to capacity with crude oil," the government said in a statement.

"The results of these tests ... contradict the statements of some commentators from outside the jurisdiction who had speculated that the cargo on the vessel was not crude."

The statement said the Grace 1 was detained when it freely navigated into British Gibraltar’s territorial waters, having previously left the international waters of the Straits of Gibraltar on a pre-arranged call for provisions and spare parts.

Meanwhile, Iran's armed forces chief of staff, Major General Mohammad Bagheri, said on Tuesday that Britain's seizure of an Iranian oil tanker off Gibraltar last week will not be "unanswered", according to the semi-official Tasnim news agency.

"Capture of the Iranian oil tanker based on fabricated excuses ... will not be unanswered and when necessary Tehran will give an appropriate answer," Bagheri said.

Spain, which challenges British ownership of Gibraltar, had said last week the action was prompted by a US request to Britain and appeared to have taken place in Spanish waters.

Gibraltar's statement said the vessel’s detention related to the suspected destination of the cargo, Syria’s Banyas refinery, which is owned by the Banyas Oil Refinery Company and subject to EU sanctions.

Legal specialists say the EU sanctions only explicitly prohibit the export of jet fuel to Syria although a sale to any buyer or end user who is designated would be a breach of the regulations.

The Gibraltar authorities did not disclose the origin of the oil, although Iranian officials have said it was their tanker.