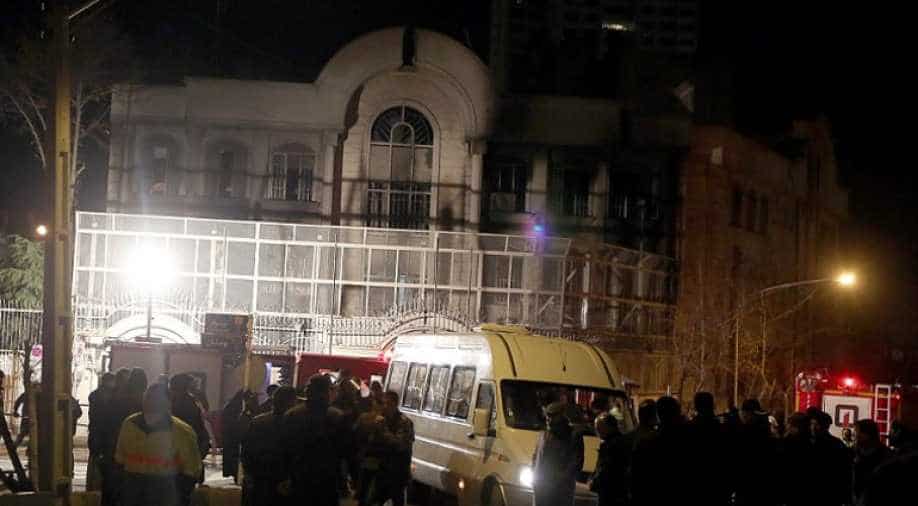 The suspects were also cleared of the charge of destruction of the embassy. Photograph:( AFP )

Iran has sentenced protesters accused of attacking Saudi Arabia's embassy in response to the execution of a prominent cleric to up to six months in prison, their lawyer said on Friday.

Some of the defendants received three or six months in jail for disturbing public order while others were acquitted over the January attack, Mostafa Shabani said, quoted by the ISNA news agency.

The suspects were cleared of the charge of destruction of the embassy, he said, without specifying how many people were convicted.

In July, 21 suspects in the attack on the embassy in Tehran had appeared in court. Another 27 people were said to be facing trial but their fate is unclear.

Oil-rich Saudi Arabia and some of its Sunni Muslim Gulf allies severed diplomatic relations with Shiite-ruled Iran after the incident.