Iran says does not 'presently' believe in mediation with US, plays down chances of a military clash 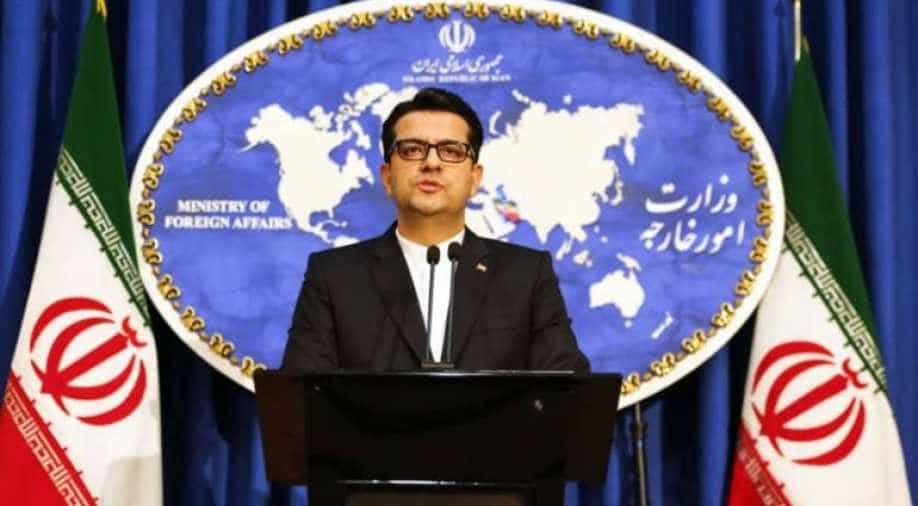 The moves are the latest spike since US President Donald Trump withdrew from a landmark 2015 deal on Iran's nuclear programme and reimposed sanctions.

Iran's foreign ministry on Tuesday insisted it did not currently see the need for mediation with the United States, as it played down the chances of a military clash with Washington.

Spokesman Abbas Mousavi told a press conference that Tehran "does not feel any tension or (the possibility of) clashes" and said concerns had been "created by others". He told journalists that the Islamic republic "does not presently believe in" mediation.

Iran is locked in a standoff with the United States which has beefed up its military presence in the Middle East in response to alleged threats from the Islamic republic. Washington has deployed an aircraft carrier strike group and B-52 bombers to the region in a show of force.

The moves are the latest spike since US President Donald Trump withdrew from a landmark 2015 deal on Iran's nuclear programme and reimposed sanctions.

Iran earlier this month rolled back parts of its commitments under the nuclear deal and gave an ultimatum to the remaining world powers involved if they did not provide sanctions relief.

Mousavi warned that if sanctions relief is not offered Tehran "will with severity take the next steps", meaning it could turn its back on more substantial parts of the accord.

The situation between Iran and the US has led a number of countries in the Middle East and others such as Japan and Switzerland to offer to mediate.

Tehran insists that it will not hold direct talks with the US government anytime soon despite Trump saying Washington would "like to talk" if Iran was ready. Mousavi said Iran was "listening to the views of countries" who have offered to mediate but had not received or given any "special message" during a flurry of diplomatic visits in recent weeks.