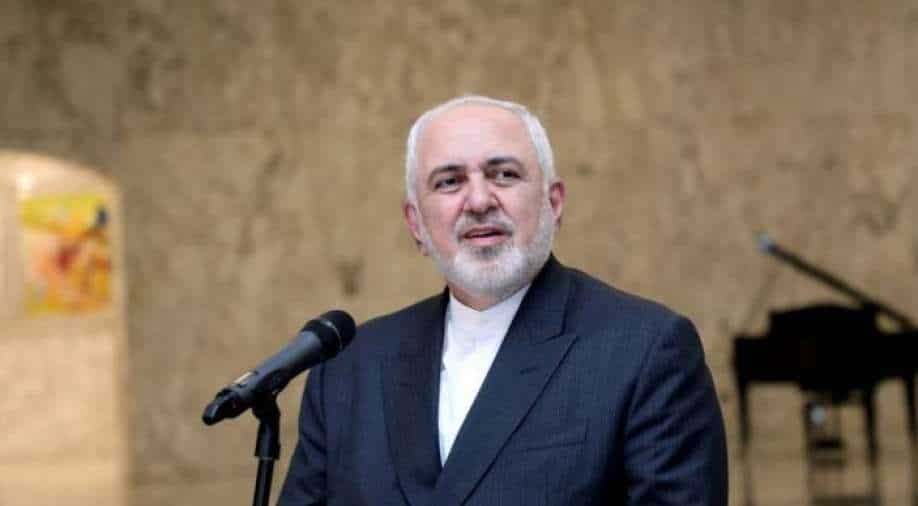 President Joe Biden's administration said last week it was ready to talk to Iran about both nations returning to the accord, which aimed to prevent Tehran from acquiring nuclear weapons while lifting most international sanctions.

Tehran said on Sunday the United States must first lift sanctions on Iran if it wants to talk about salvaging the 2015 nuclear deal, reiterating its stance that it will not make the first move to restore the pact with major powers.

President Joe Biden's administration said last week it was ready to talk to Iran about both nations returning to the accord, which aimed to prevent Tehran from acquiring nuclear weapons while lifting most international sanctions.

Former US president Donald Trump abandoned the deal in 2018 and reimposed sanctions on Iran, which in turn gradually began breaching terms of the agreement.

"The US will not be able to rejoin the nuclear pact before it lifts sanctions. Once everybody implements their side of obligations, there will be talks," Iranian Foreign Minister Mohammad Javad Zarif told Iran's English Language Press TV.

Iran has been hard hit by the sanctions, as well as by the economic effects of the coronavirus pandemic.

Rafael Grossi, the IAEA director-general who is in Tehran to discuss the agency's "essential verification activities", met on Sunday with Iran's nuclear energy chief.

"Iran and the IAEA held fruitful discussions based on mutual respect, the result of which will be released this evening," Kazem Gharibabadi, who attended the meeting, wrote on Twitter.

Zarif said: "We will talk to Mr. Grossi about respecting the laws of our country...but at the same time not creating an impasse for him to continue to carry out the obligations to show Iran`s nuclear programme is peaceful."

Earlier in the day, Zarif said Iran's decision to end snap inspections by UN inspectors on February 23 would not mean abandoning its 2015 nuclear deal, but the United States must still lift sanctions on Tehran to rescue the pact.

"All our steps (to breach the deal) are reversible...The move on February 23 is not abandoning the deal," Zarif said in a televised interview with Iran's English Language Press TV.

Under a law enacted by hardline Iranian lawmakers last year, the government is obliged on February 23 to limit IAEA inspections to declared nuclear sites only, revoking its short-notice access to any location seen as relevant for information-gathering, if other parties did not fully comply with the deal.