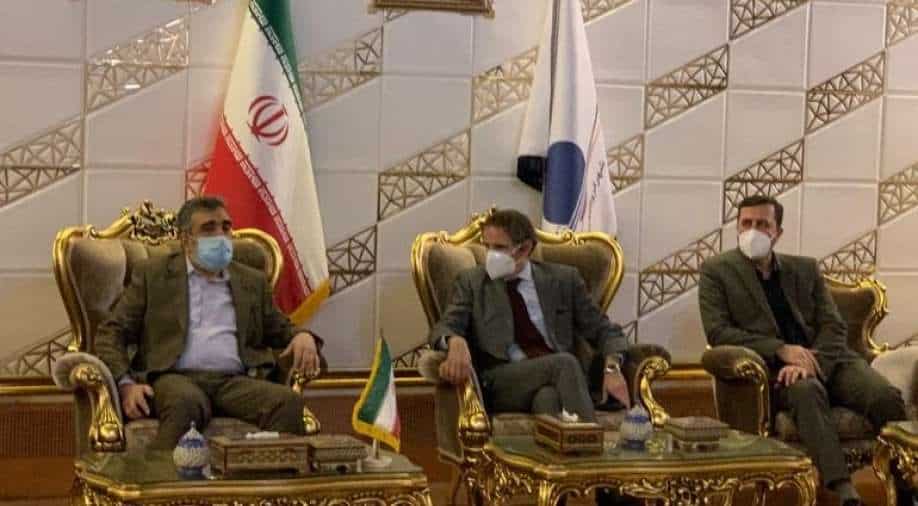 Meanwhile, the head of Iran's atomic body, Ali Akbar Salehi, confirmed on Sunday that the new measures will go into effect on Tuesday

A few hours before the US sanctions are to be lifted in Iran, the UN nuclear watchdog head Rafael Grossi landed in the country.

"DG Grossi just arrived in Tehran and was received by the IAEO deputy, Kamalvandi and Ambassador Gharibabadi," Gharibabadi tweeted.

DG Grossi just arrived in Tehran and was received by the IAEO deputy, Kamalvandi and Ambassador Gharibabadi. pic.twitter.com/D4fY4lOISZ

The deadline, which has been set by Iranian lawmakers has a potential threat of suspension of some nuclear inspections, stoking international concern about a possible expulsion of UN inspectors.

However, Iran is adamant that it will not cease its operations with IAEA or expel its inspectors.

Grossi took to Twitter to announce his intentions from the visit and said he hopes these meetings with senior Iranian officials leads to "a mutually agreeable solution, compatible with Iranian law, so that the @IAEAorg can continue essential verification activities in Iran. Looking forward to success – this is in everybody’s interest."

Iran has told IAEA that it will be suspending "voluntary transparency measures", notably inspection visits to non-nuclear sites, including military sites suspected of nuclear-related activity if the United States has not lifted the sweeping sanctions from former president Donald Trump reimposed in 2018.

Meanwhile, the head of Iran's atomic body, Ali Akbar Salehi, confirmed on Sunday that the new measures, which were laid out in a law passed in December by the conservative-majority parliament, will go into effect on Tuesday.

He also added that as Iran is implementing the law and "the other side has not yet fulfilled its obligations to lift the sanctions, inspections beyond safeguard measures will be suspended."

"During tomorrow's (Sunday) meeting with Mr. Grossi, the IAEA's considerations in the framework of the safeguards agreement and bilateral cooperation will be reviewed and discussed," he added.