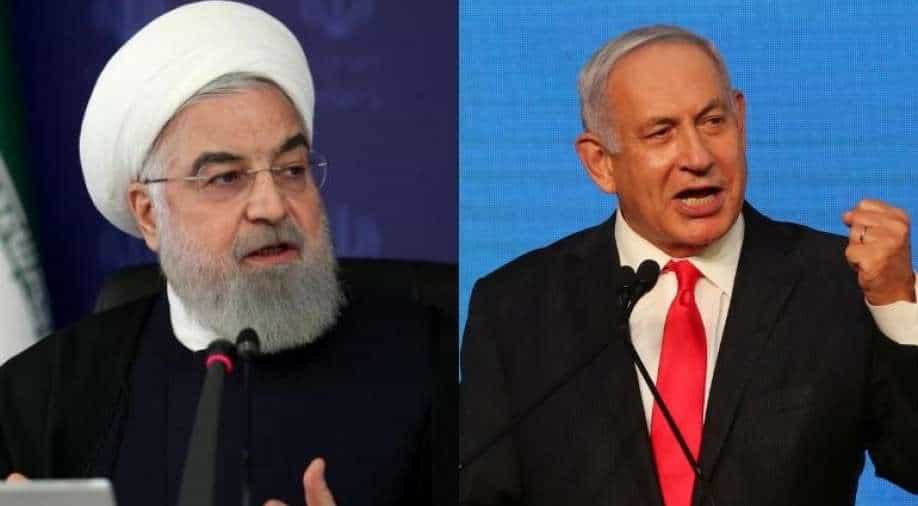 An Iranian freighter was hit by an "explosion" in the Red Sea, Tehran said on Wednesday after US media reported Israel had struck the ship in retaliation for past Iranian strikes on its vessels.

Iran was at pains to stress that the freighter was a civilian ship, although other sources said it had been used by Iranian commandos as a base for shipping protection and other duties in the area.

The explosion comes at a sensitive time as US President Joe Biden attempts to revive a 2015 nuclear deal with Iran which was strongly opposed by Israel and abandoned by his predecessor Donald Trump in 2018.

The blast struck the "Iranian commercial vessel" MV Saviz off the coast of Djibouti on Tuesday morning, foreign ministry spokesman Said Khatibzadeh said, adding an inquiry had been opened into the cause.

"The accident caused no casualties and a technical investigation is underway to determine its circumstances and origin," the spokesman said.

"Our country will take all necessary steps through international bodies in this regard."

Khatibzadeh said the Saviz was a "civilian vessel" that had been deployed in coordination with the International Maritime Organization to protect shipping in the Red Sea and the Gulf of Aden.

Many foreign governments have stationed protection vessels in the area since a rash of attacks by Somali pirates between 2000 and 2010.

"This ship has been serving as Iran's logistics station, for technical and logistical support, in the Red Sea," the spokesman added.

Overnight Iran's Tasnim news agency reported that the Saviz had been damaged by "magnetic mines".

It said the ship had been stationed in the Red Sea for several years "in support of Iranian commandos deployed to escort commercial vessels".

According to a specialist website, MarineTraffic, the Saviz is a general cargo ship owned by Iran's state shipping firm IRISL.

The New York Times cited a US official as saying Israel had informed Washington it had struck the ship in "retaliation for earlier Iranian strikes on Israeli vessels".

The paper said that according to the Israelis, "the Saviz had been damaged below the water line".

''There must be no return to the dangerous nuclear deal with Iran, because a nuclearised Iran would be an existential threat to Israel, and a very big threat to the security of the entire world, '' Netanyahu said.

Since early March, Iran and Israel have accused each other of carrying out a number of attacks on each other's ships.

There was no immediate reaction from the Israeli authorities to the Times report.

But a former deputy  director of Israel's Mossad intelligence service, told public radio that while he could not confirm the report, any such attack would be designed to send a message to Iran.

"I don't know whether this report is true or not, but if it is correct, then it seems someone wants to let them know that we too know how to cause damage to shipping anywhere in the world and that they should be prudent," said Ram Ben Barak, who is now a lawmaker for the opposition Yesh Atid party.