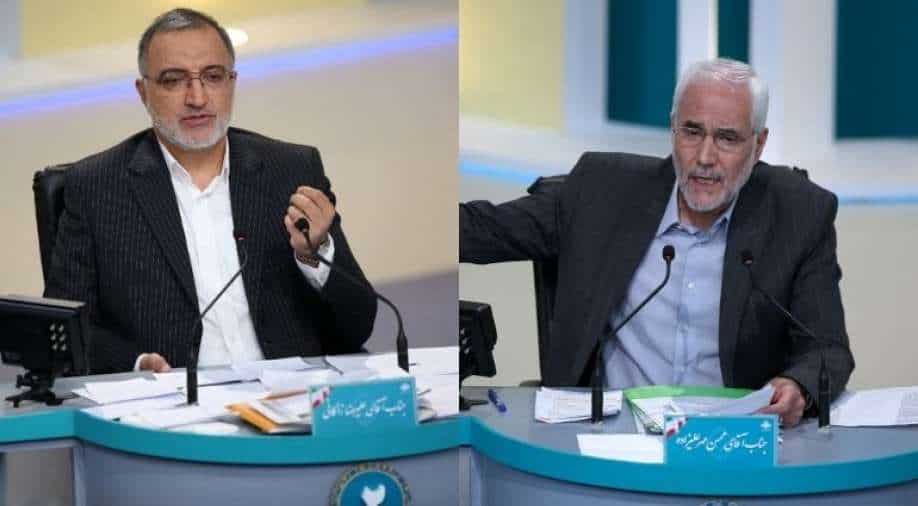 Iranians have a choice between five hardliners and a low-key moderate, after clerical officials who vetted the 592 hopefuls registered to enter the contest rejected several prominent moderates and conservatives

Two days before Iran's presidential election, which is expected to be won by an ultraconservative cleric, two of the seven men vying for the post pulled out of the race on Wednesday.

Iranians have a choice between five hardliners and a low-key moderate, after clerical officials who vetted the 592 hopefuls registered to enter the contest rejected several prominent moderates and conservatives.

In the Islamic Republic's dual system of republican and clerical rule, the president heads the government but reports to the Supreme Leader, the country's top authority.

It is Supreme Leader Ayatollah Ali Khamenei who has the last say on all state matters, including nuclear and foreign policies.

Zakani, 55, was quoted as saying of Raisi to a state television reporter: "I believe him to be qualified and will vote for him, and I hope that fundamental reforms take place in the country with him being elected."

Last-minute withdrawals by candidates, often in return for government postings from the eventual winner, are not uncommon in Iran.

Hours earlier, the former vice president Mehralizadeh, 64, had also pulled out, the IRNA and ISNA news agencies reported without giving a reason.

Mehralizadeh had been one of only two reformists permitted to run to replace President Hassan Rouhani, who has served the maximum two consecutive terms.

Mehralizadeh had been the only candidate to score less than one percent in pre-election voting intentions, according to the ISPA polling institute.

Rouhani, a pragmatist who orchestrated Iran's 2015 nuclear deal with world powers, is legally barred from running for a third four-year term.

All Iranians aged over 18 can vote, which means over 59.3 million of Iran's 85 million people are eligible to cast ballots.

But popular anger over economic hardship and curbs on freedoms are set to keep many pro-reform voters at home. Official polls suggest only about 40% of over 59 million eligible Iranians will vote.

All ballots will be counted manually, so the final result may not be announced for three days, although partial results may appear sooner.

If no candidate wins at least 50 percent plus one vote of all ballots cast, including blank ones, a run-off round between the top two candidates is held on the first Friday after the election result is declared.