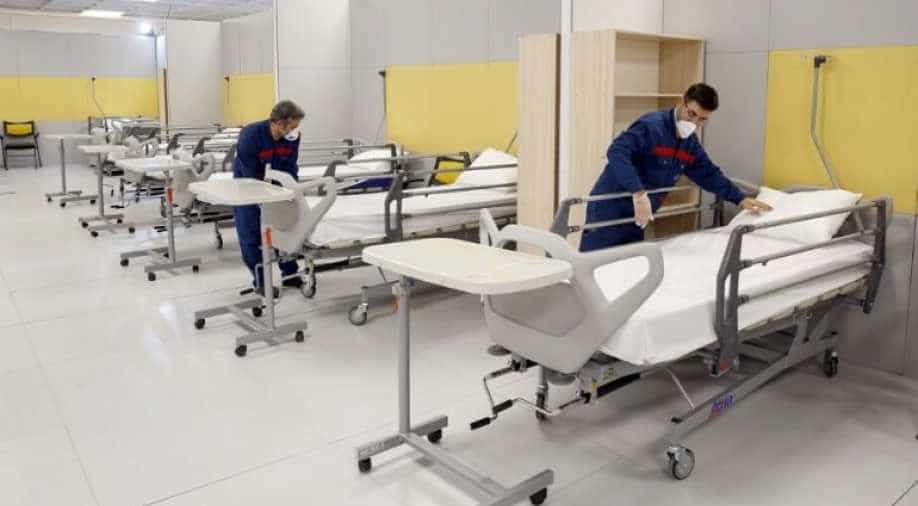 The total number of diagnosed cases of the new coronavirus in Iran, the Middle Eastern country hardest hit by the outbreak, has reached 83،505, he said.

The death toll from the coronavirus outbreak in Iran reached 5,209 on Monday with 91 deaths in the past twenty-four hours, Health Ministry spokesman Kianush Jahanpur said in a statement on state TV on Monday.

The total number of diagnosed cases of the new coronavirus in Iran, the Middle Eastern country hardest hit by the outbreak, has reached 83،505, he said.

After nearly a week of declining fatalities, there has been a slight uptick in the past few days for the Islamic republic, one of the world's hardest hit.

Meanwhile, the government allowed more economic activity to resume after a gradual reopening in the past 10 days.

The sanctions-hit country had shut down all non-essential economic activity in mid-March, weeks after its coronavirus outbreak first came to light.

But top officials argued that Iran's battered economy could not remain shuttered, and President Hassan Rouhani has allowed low-risk businesses to reopen since April 11.

Shops in passages and bazaars were the latest businesses that were permitted to resume trading as part of Iran's gradual reopening of its economy.