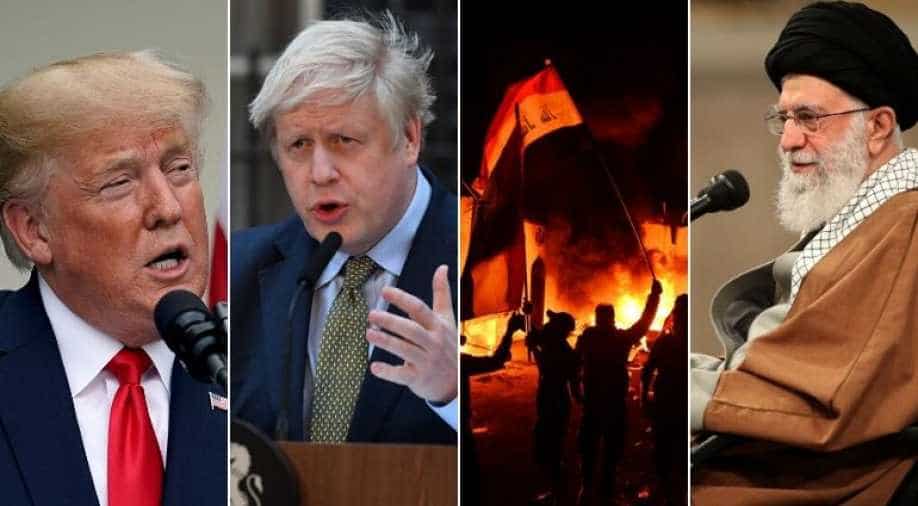 "I think that would be a great way forward," he added.

PM Johnson's move comes even as France, Britain and Germany said that they do not "accept the argument that Iran is entitled to reduce compliance with the JCPoA".

"Instead of reversing course, Iran has chosen to further reduce compliance," the three countries said in a joint statement.

"We do this in good faith with the overarching objective of preserving the JCPoA and in the sincere hope of finding a way forward to resolve the impasse through constructive diplomatic dialogue, while preserving the agreement and remaining within its framework," they said, adding,"given recent events, it is all the more important that we do not add a nuclear proliferation crisis to the current escalation threatening the whole region."

Meanwhile, Iran said today it has arrested persons responsible for shooting down of  Ukrainian 737 airliner in which 176 people died last week on Wednesday even as protests continued against the air disaster for the fourth day.

Judiciary spokesman Gholamhossein Esmaili said that some of the accused were already arrested. However, Iran hasn't specified the number of suspects arrested or identified.

"Extensive investigations have been carried out and some people have been arrested," said spokesman Gholamhossein Esmaili.

Iran had acknowledged last weekend that it was responsible for the 737 airline crash after its army accidentally fired a missile. President Hassan Rouhani promised a thorough investigation into the "unforgivable error".

Amid the admission, Iranians came out in large numbers protesting against Iranian authorities chanting "Clerics get lost!" as the air accident became a political hurdle for the government.

President Rouhani, however, said that armed forces admitting their mistake was a "good first step".

"Immediately after it was made clear to me that it was because of a very painful and unforgivable mistake," Rouhani said, adding, "I immediately instructed the officials with responsibility to make this information public and tell the people."

In Pics: How Iran protested after Islamic Republic admitted it downed Ukrainian aircraft

"Even if the aircraft had crashed because of technical problems, it still would have been very hard to take. But after it was confirmed that it was human error that led to this tragedy, it compounded public sorrow many times over," the President added.

Meanwhile. Ukraine's foreign minister Vadym Prystaiko informed that officials would be meeting in London  to "discuss the ways, including legal, and how we are following this up."