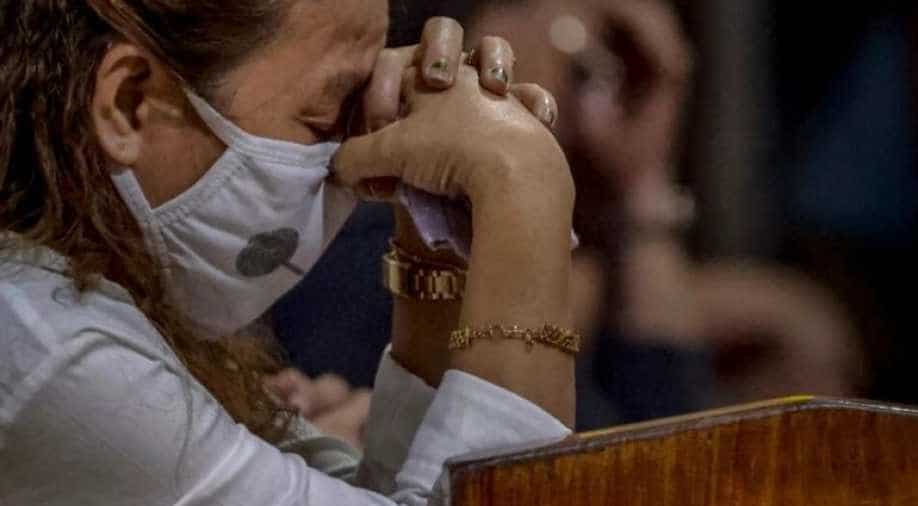 Thousands of worshippers are sneaking through back doors in these assemblies organized like illegal dance parties.

Invitation-only secret church services in Mexico and Brazil are disobeying the coronavirus guidelines issued by the respective countries.

Thousands of worshippers are sneaking through back doors in these assemblies organized like illegal dance parties. But they are actually clandestine Catholic masses that have continued to take place in defiance of a coronavirus ban on religious events.

The invitations arrive via text message or social media and the passowrd is asked at the doorsteps of the church before letting anybody in. The message includes the date and the timings of these secretive timings.

''The bells don’t ring, there are no calls to mass,'' said Antonio Hernández, who has watched worshippers steal into secret sessions at the Sagrado Corazón de Jesús church in the town of Ixtapa.

Also read: More than 17,000 die in Mexico from coronavirus

''You just see the people arrive a few minutes before 6.30pm, enter the temple through the back door and then after that you start to hear their prayers,'' Hernández added.

The Mexican Episcopal Conference suspended mass in early March, when the first coronavirus cases were reported in Mexico.

But despite those restrictions and Mexico’s rising death toll, which now stands at more than 17,000 – the furtive celebrations have continued in the country with the world’s second-largest Catholic congregation and where more than 80 per cent of people identify as Catholic.

Mexico is not the only country in Latin America – a region home to nearly 40 per cent of the world’s Catholics – where Christians have held clandestine celebrations in a time of Covid-19.

In Brazil, home to the world’s largest Catholic congregation and also a rapidly growing and politically powerful community of born-again Christians, evangelicals have also made surreptitious church visits.

Such services have been easier to pull off in Rio than Mexico.

The city’s mayor, Marcelo Crivella, is an evangelical bishop from the Universal Church of the Kingdom of God who, alongside Brazil’s president, Jair Bolsonaro, has been actively pushing for churches to reopen.

Rio’s state governor outlawed religious gatherings in mid-March when a partial shutdown began and a legal tug-of-war has been playing out ever since over whether churches should open, or not.

Bolsonaro, who is heavily reliant on the support of some of Brazil’s most influential televangelists, has defended the right to worship and dismissed the coronavirus as a “little flu” even as his country’s death toll has soared to more than 45,000 – the second-highest tally in the world after the US.