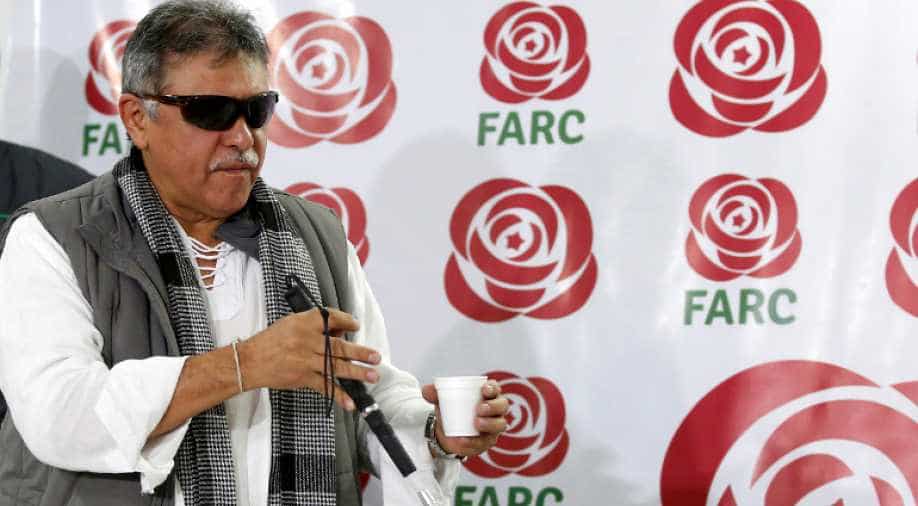 Colombian President Ivan Duque has said Hernandez may have fled to neighbouring Venezuela.

Interpol on Thursday issued a red notice for a fugitive Colombian lawmaker and former FARC rebel commander who the United States wants extradited for alleged conspiracy to export 10 tonnes of cocaine.

Seuxis Paucias Hernandez - known best by his guerrilla name Jesus Santrich - was indicted in 2017 by a U.S. grand jury, setting off a legal saga that has seen him twice arrested and released.

Hernandez has denied the US allegations.

"I've said it for a long time - this citizen has behaved like a mafioso and his attitude of going to seek refuge in a country that promotes and defends terrorism - the dictatorship of Nicolas Maduro - confirms that," Duque told journalists in coastal Cartagena.

"I hope this red notice serves to capture this criminal."

Hernandez was one of 10 former FARC commanders who took up positions in congress after the group, now a legal political party, demobilized under a 2016 peace deal.

Another former commander-turned-lawmaker, Luciano Marin - alias Ivan Marquez - also went missing last year after his nephew was arrested and taken to the United States to cooperate with drug-trafficking investigators.