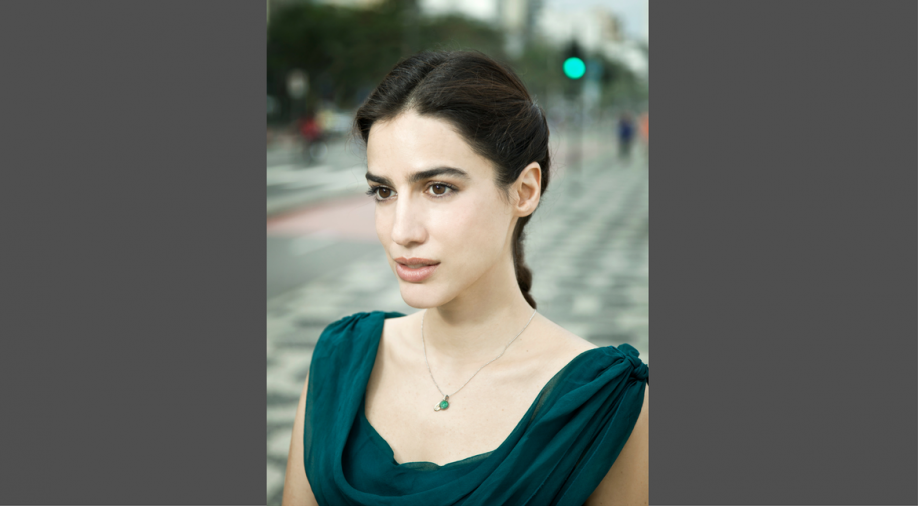 ?I struggled with the structure of the academic life. I like not having structures. I love inventing my own. I felt imprisoned? she says. Photograph:( Others )

This year’s Man Booker Prize jury boasts of the presence of an extraordinary woman. Lila Azam Zanganeh, the forty-year-old Iranian-French writer, is delighted about the opportunity to select the best fiction for 2017. An erstwhile academic who felt “miserable” grading papers at Harvard, Azam Zanganeh is a worshipper of chaos. Her award-winning book, The Enchanter: Nabokov and Happiness exemplifies her resistance to handed-down structures and ideas. “Something borrowed and something invented” is how she describes her writing.

Of mothers and motherlands

I begin by asking Azam Zanganeh about her poetic sensibility through a somewhat leading question, using words and phrases like “childhood” and “immigrant adult experience.” She is too clever to miss it. “Oh! It does come from my childhood.”

What follows next, however, sets the theme of the interview on her terms.

“It also comes from my relationship with my mother who loves words, poetry and beauty, and always tries to attract my attention to things of beauty and wonder. She thought that when you lost everything on the outside, the only thing that mattered was what you had within yourself: your culture. So, in a way, it comes from my Persian background. So much of the Persian culture is poetry. It’s Rumi and Hafiz you grow up hearing. There’s a beautiful line by Hafiz 'Look, among the ruins I see the light of God! Can you imagine what I see in what place?' I think that informs everything else."

Azam Zanganeh was born and raised in France in a diplomatic family, which was soon to become political immigrants after the Islamic revolution in Iran. She studied literature and philosophy at École Normale Supérieure, a premier institution dedicated to the training of professors, researchers and public administrators. She moved to the USA to become a teaching fellow at Harvard University, only to realise that academic life was not for her.

“I struggled with the structure of the academic life. I like not having structures. I love inventing my own. I felt imprisoned,” she says.

Does this yearning for freedom and making forays into a world that is opening up come from her background?

“I was the first woman in my family to vote when I became a French citizen. I’m also the first one to choose exactly what she wants to do. I’m completely supported by my parents. This freedom is exciting and you want to do something with it. When I was a student in France, I worked for radio, interned for television and did a million things. One of my French friends once remarked, ‘Oh, you are really obsessed with work'. I was really upset with her. You, my friend, come from a background with generations of women who have had the possibility to work. Don’t tell me, as an immigrant Iranian girl, that I’m obsessed with work. Of course, I am. I have a great desire to work and to be engaged with the world. There’s nothing better."

Is Azam Zanganeh trying to make up for the generations of Iranian, Middle Eastern women who never had a chance to work?

“I’m making amends without feeling resentful. I’m aware of the generations behind me and they don’t pour resentment into me. They pour great strength instead. I feel their collective yearning and it’s that longing that I carry with me around the world. I think of my grandmother, Zahra, who is incredibly intelligent. My own mother, a brilliant diplomat, could not work after the Islamic revolution. We became political immigrants in France and her life became complicated."

At this point, I’m curious about Azam Zanganeh’s thoughts on dealing with various categories which she falls under: Woman, immigrant, Iranian.

“Categories were once empowering but now they have become extremely problematic. I was in NYC on 9/11 and everybody wanted me to write a book about being Iranian in that age. I refused. It was nothing but reductive. Of course, I’m Iranian! But I’m also many other things, as we all are. I feel the same way about being a woman. I understand that it’s a historical fight. We benefit so much from the women behind us 60 years ago. But I’m now in a position where I’m beginning to think that gender doesn’t matter and we have to start thinking differently.”

She starts talking about her upcoming work of fiction.

“My new book is about a woman knight that crosses 1400 years. It’s about her emergence as a woman and her understanding of what being a woman is. As I was thinking about the meaning of womanhood, I understood that the principle of androgyny is present in all spiritual traditions. We all carry the masculine and the feminine. And beyond that, we carry the force to transcend those dualities at any moment to become something completely unique. As writers, that’s what we are looking for: The uniqueness of our voice and not the voice of a specific identity.”

Are we, then, ready for a post-feminist world?

"It’s always a fight. We are always losing and re-negotiating. The feminist movement is so important. I would probably not be sitting here, neither would you! We wouldn’t be having this conversation if it weren’t for the feminist movement. At the same time, thinking about a post-feminist movement is important too. Maybe someday, we would be in a world where it wouldn’t matter. It’s worth imagining what that world would look like."

Azam Zanganeh slips in an interesting thought while talking about her favourite authors. “I like the French Belgian writer Marguerite Yourcenar who wrote Memoirs of Hadrian. I adore her, she was hugely well-read and erudite. But she wasn’t a very good human being; Not very kind. Kindness to me is extremely important, just as important as intelligence and anything else is. Kindness is at the heart of whatever politics I embody.”

Kindness and fortitude are Azam Zanganeh's most defining character traits. Her association with initiatives like International Rescue Committee, Libraries Without Borders, Narrative 4, and The Lunchbox Fund exemplifies that.

When she finishes speaking, I begin to wonder if women have to be particularly kind. Is that a burden of their category- gender- they ought to carry? I carry this thought away with me. We reconnect over SMS after a couple of months. She remembers me but misspells my name. Most people do so. What sets her apart from them is that she sends an apology briefly afterwards. She cares. I recall how upon our first meeting she suggested that since we both were starving, lunch was a better idea than an interview. How she later waited for me to wrap up other interviews.

Lila Azam Zanganeh didn’t have to.