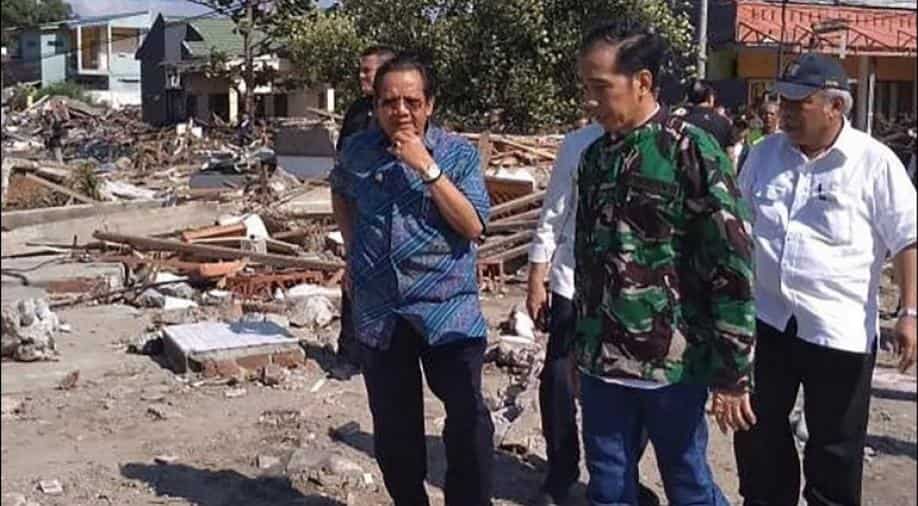 Indonesian President Joko Widodo on Sunday visited Palu, a coastal city on Sulawesi island, hit by a 7.5 magnitude earthquake that triggered a tsunami with waves as high as six metres (20 feet) two days ago.

The toll from the quake and tsunami soared on Sunday to 832 confirmed dead, with authorities fearing it will rise as rescuers struggle to reach outlying communities cut off from communication and help.

In front of media and local community members, Widodo said the government will ensure improvement to damaged facilities, heavy equipment delivery, fuel supply and better communication, so that the rehabilitation and reconstruction stages can begin immediately.

Reports are filtering in from outlying areas like Donggala, a region of 300,000 people north of Palu and closer to the epicentre of the quake, as well as two other districts.

Vice President Jusuf Kalla said the toll could rise into the thousands.

There were also concerns over the whereabouts of hundreds of people who had been preparing for a beach festival when the 7.5-magnitude quake struck Friday, sparking a tsunami that ripped apart the city’s coastline.

A Facebook page was created by worried relatives who posted pictures of still-missing family members in the hopes of finding them alive.

Amid the levelled trees, overturned cars, concertinaed homes and flotsam tossed up to 50 metres inland, survivors and rescuers struggled to come to grips with the scale of the disaster.

Indonesia is one of the most disaster-prone nations on earth.

It lies on the Pacific “Ring of Fire”, where tectonic plates collide and many of the world’s volcanic eruptions and earthquakes occur.

Earlier this year, a series of powerful quakes hit Lombok, killing more than 550 people on the holiday island and neighbouring Sumbawa.

Indonesia has been hit by a string of other deadly quakes including a devastating 9.1-magnitude earthquake that struck off the coast of Sumatra in December 2004.

That Boxing Day quake triggered a tsunami that killed 220,000 throughout the region, including 168,000 in Indonesia.