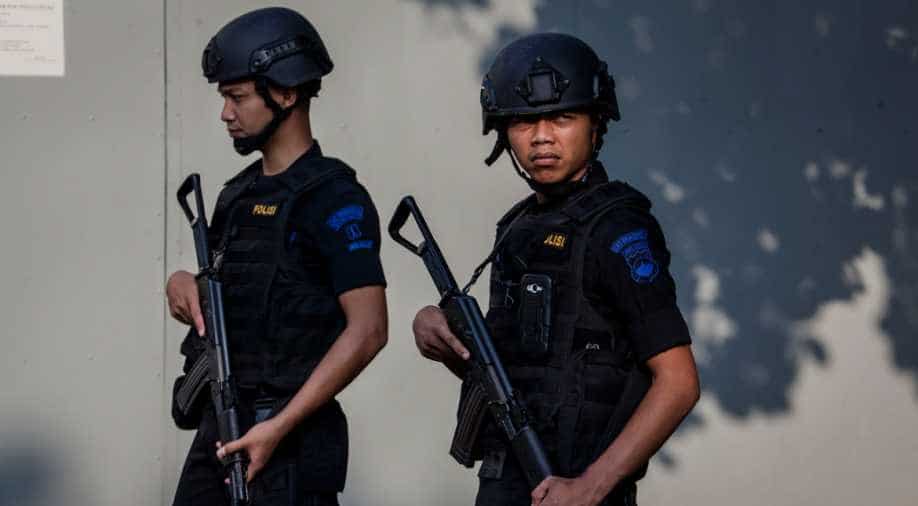 Authorities wheeled out giant furnaces to incinerate some of the massive haul on display, including nearly half a tonne of methamphetamine, 190,000 ecstasy tablets and 420 kilogrammes of marijuana. In photo: Indonesian police on July 28, 2016. Photograph:( Getty )

Police began torching about a tonne of illegal drugs in Jakarta today, as Indonesian President Joko Widodo defended his tough war on narcotics.

Authorities wheeled out giant furnaces to incinerate some of the massive haul on display, including nearly half a tonne of methamphetamine, 190,000 ecstasy tablets and 420 kilogrammes (926 pounds) of marijuana.

Widodo and other top officials, wearing protective gloves and masks, inspected the drugs before tossing bags of pills into the incinerator.

Indonesia has tough drugs laws but Widodo has made combating narcotics a top priority since taking office in late 2014, resuming the execution of traffickers after an unofficial hiatus.

Eighteen convicted drug smugglers - including 15 foreigners - have been sent to the firing squad in Indonesia under his administration.

Widodo has defended his hardline stance, claiming Indonesia faces a "drugs emergency" and must act to protect the next generation.

"Every year 15,000 Indonesian youth die because of drugs. How many drug dealers and traffickers die every year?" he said.

"When I see this evidence, it becomes clear we once again have to declare a war on drugs," he added, to applause.

Indonesia's drugs agency said in 2016 nearly a tonne of methamphetamine, three tonnes of marijuana and roughly 600,000 ecstasy pills had been seized.

They said the production of synthetic drugs was shifting to countries that were traditionally transit points for narcotics, like Indonesia.

Widodo ordered an official investigation in August into allegations top police and military officers took kickbacks from a drug kingpin to protect his lucrative business.