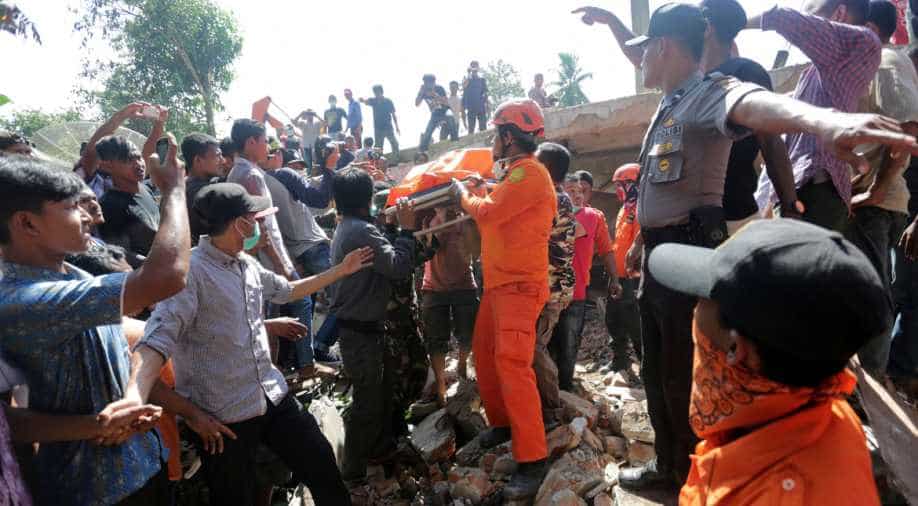 Rescue efforts resumed in Indonesia's Aceh province on Thursday after a strong earthquake killed more than 100 people, while medical teams struggled to treat the hundreds of injured as supplies trickled slowly into the area.

Wednesday's 6.5 magnitude quake was the biggest disaster to hit the province on the northern tip of Sumatra island since the Indian Ocean tsunami of 2004, which killed more than 120,000 people in Aceh alone.

"There are a lot of government trucks and private vehicles loaded with supplies ... but this is causing a lot of congestion and some logjam in the early response," said Paul Dillon of the International Organisation for Migration, a non-government organisation.

Television images showed some patients being treated in makeshift tents in car parks because hospitals were full.

Indonesia's national disaster management agency put the death toll at 102 on Thursday, with more than 700 injured and thousands left homeless.

The agency said more than 1,000 personnel, including military officers and volunteers, had been deployed to help in search and rescue operations.

The search on Thursday was expected to focus on a collapsed marketplace, where at least five people were believed trapped under rubble.

Some of the victims included people attending a wedding party, The Jakarta Post reported.

"They planned to attend a wedding. They spent the night here," the newspaper quoted resident Muhammad Armi as saying.

Wednesday's quake hit the east coast of the province, about 170 km (105 miles) from Banda Aceh, the provincial capital. Aceh's Pidie Jaya regency, with a population of about 140,000, was worst hit.

Experts said the quake did more damage than expected because of poorly constructed buildings.

"Assessment of some of the initial information shows that single storey houses without reinforced internal brick or masonry walls have been damaged severely or collapsed," said Behzad Fatahi, a geological expert at the University of Technology in Sydney.

Aceh was devastated by a massive earthquake and tsunami centred on its western coast near Banda Aceh on December 26, 2004. That tsunami killed 226,000 people along Indian Ocean shorelines.