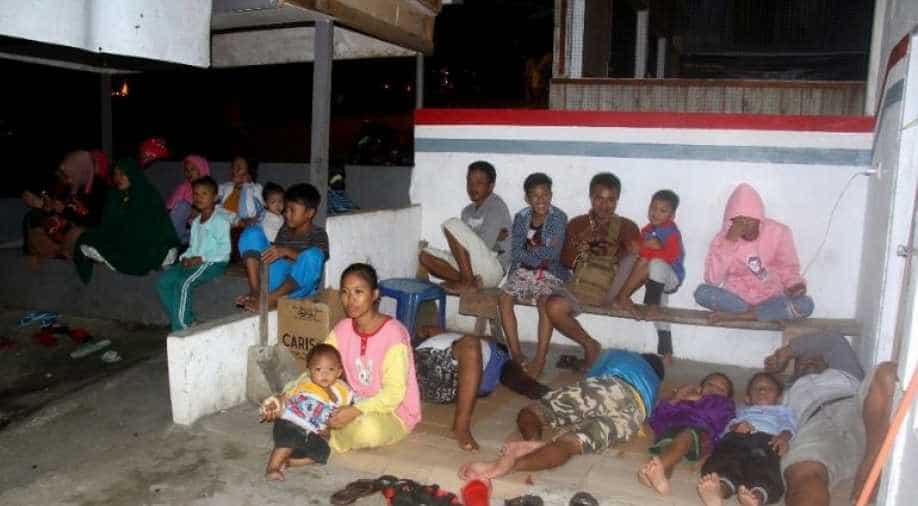 Residents gather outside their homes in Ternate after a strong magnitude 6.9 earthquake struck off Indonesia. Photograph:( AFP )

The quake struck at a depth of 24 kilometres in the Molucca Sea, 185 kilometres southeast of Manado, between Sulawesi and Maluku islands.

Indonesia was hit by a powerful magnitude 6.9 earthquake on Sunday, the US Geological Survey reported, which triggered a tsunami warning for coastal communities nearby.

However, that warning was later lifted by Indonesia's geophysics agency.

The quake struck at a depth of 24 kilometres in the Molucca Sea, 185 kilometres southeast of Manado, between Sulawesi and Maluku islands.

Indonesia is one of the most disaster-hit nations on Earth due to its position straddling the so-called Pacific Ring of Fire, where tectonic plates collide.

It has been hit by a string of deadly quakes including a devastating 2004 tremor measuring 9.1 magnitude that struck off the coast of Sumatra and triggered a tsunami that killed 220,000 throughout the region, including 168,000 in Indonesia.

The Boxing Day disaster was the world's third-biggest quake since 1900, and lifted the ocean floor in some places by 15 metres.

Turkey 'will not back down' in east Mediterranean standoff, says Erdogan