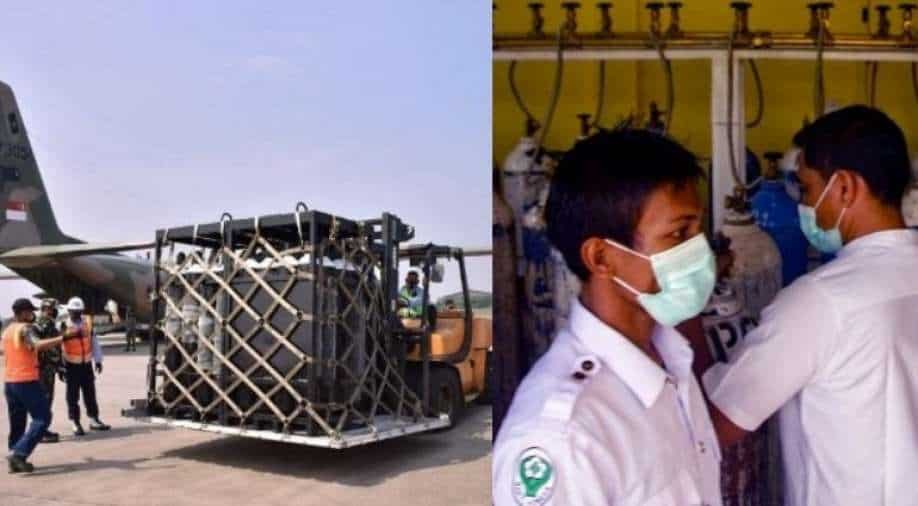 Indonesia reported over 47,000 coronavirus cases on Tuesday with 864 deaths as reports said the Japanese government has decided to send special flights to the country to pull out its citizens from the country.

Reports say hospitalisations are on the rise with occupancy at 80 per cent in capital Jakarta including in six other regions in the country with oxygen supply reportedly running low.

The authorities have increased restrictions in 15 new locations across the country.

According to the Indonesian Hospitals Association (IHA), 95 per cent of the health workers have been vaccinated, however, an independent data group Lapor COVID-19 had reported that 131 health workers had died last month after being vaccinated with China's Sinovac jabs.

Singapore had earlier sent oxygen cylinders, ventilators and masks to Jakarta to help the country combat the virus.

In capital Jakarta, malls and restaurants have ordered to be shut with non-essential employees asked to work from home.

Health officials have said the Delta variant is the dominant strain across the country accounting for 25 per cent of the cases even as vaccinations continue at a slow pace.

Indonesia has reportedly vaccinated just 5.2 per cent of its population in a country of 270 million. The low testing rates have also worried health officials. The authorities have imposed restrictions in cities on Sumatra island including in Java and in Bali.

Indonesia has reported over 2.6 million coronavirus cases so far with the death toll climbing to over 68,000.

The government had warned earlier that cases could rise to 50,000 a day with Indonesia's second-biggest city Surabaya refusing to take in new patients due to a shortage of hospital beds.