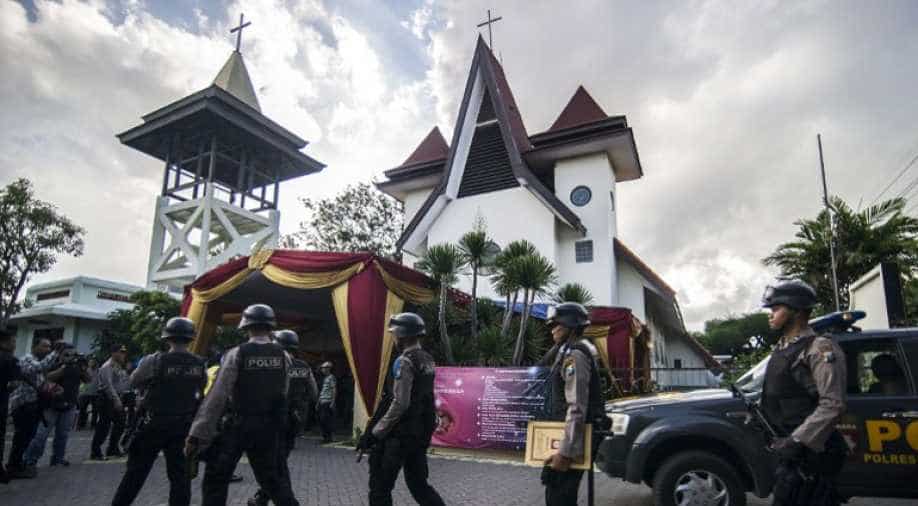 An attack on an Indonesian church killed a toddler on Monday, police said, the latest assault on a religious minority in the Muslim-majority country, news agency AFP reported.

An attacker wearing a t-shirt with the word "jihad" on it threw explosives at the church on Borneo island on Sunday.

The Molotov cocktail thrown by the man on the motorbike injured four small children including the two-year-old Intan Olivia Marbun.

The youngsters, aged between two and four, had been playing in the car park of the church in the city of Samarinda at the time of the attack, reported AFP.

"Unfortunately the doctors could not save the victim. She died early this morning," local police spokesman Fajar Setiawan told AFP. The two-year-old had suffered severe burn injuries.

The spokesman added that the other children were being treated in hospital. "We hope they can come home soon," said Setiawan.

The 32-year-old suspected attacker has been arrested. He is a former terror convict from the West Java town of Bogor who was sentenced to three and a half years in prison over a 2011 terror attack and was released in July 2014, Press trust of India reported.

A  teenager obsessed with the Islamic State stabbed a priest in a church in August. He also tried to detonate a homemade bomb. Four civilians and four attackers were killed in a suicide bombing and gun attack in Jakarta in January.

Indonesia, the world's most populous Muslim nation, has carried out a sustained crackdown on militant networks since the 2002 Bali bombings that killed 202 people, PTI said