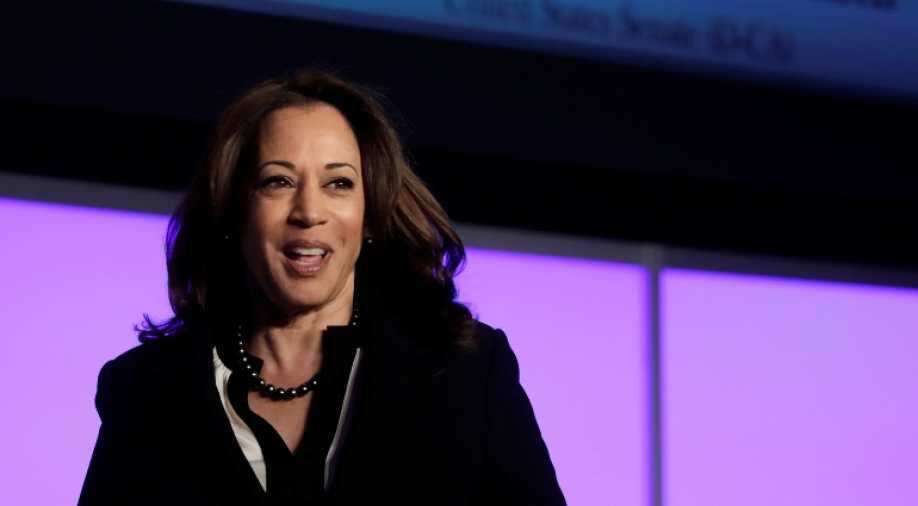 Speculation over the choice of VP is a parlor game played every four years in Washington, but this time the stakes are unusually high.

Joe Biden's vice presidential pick has been one of Washington's best kept secrets but a supposedly accidental news publication and Biden's own teasingly displayed notes are raising expectations that the winner is Kamala Harris.

Speculation over the choice of VP is a parlor game played every four years in Washington, but this time the stakes are unusually high.

Biden would be 78 on taking office -- the oldest US president ever -- and he has hinted that he might not seek a second term, making his deputy the prime candidate to take on the party's nomination.

Biden, who is leading strongly in the polls against Republican President Donald Trump, has also upped the interest factor by declaring well in advance that he would only choose a woman. This will be just the third time in US history that a woman is chosen, even if both previous cases -- Geraldine Ferraro in 1984 and Sarah Palin in 2008 -- turned out to be on losing tickets.

In line with his ultra-low-key campaign, Biden has kept a lid on leaks about his intentions.

Harris has always been in the mix with an impressive CV that includes her own performances in the Senate, her bid for the Democratic nomination before ceding to Biden, and, in the era of Black Lives Matter, the fact that she is black.

On Tuesday, Biden said he would reveal his decision "in the first week in August."

"I'll let you know when I do," he told journalists.

But what if he already has?

In his hand Tuesday was a piece of notepaper bearing the words "Kamala Harris."

Underneath, were a series of positive points:

If Biden was also carrying around notes on his other potential VPs, he wasn't holding them in a way that allowed -- accidentally or not -- an AFP photographer and others to get a shot.

Adding to the mini-drama, the respected news site Politico ran -- accidentally, it said -- a story declaring Harris the winner. This was a "placeholder text... mistakenly published to the site," Brad Dayspring, Politico's vice president of marketing and communication, said.

The text was quickly taken down but not before leaving a few Washington insiders wide-eyed.

"Joe Biden chose Kamala Harris to become his running mate for the 2020 election on Aug. 1, two weeks before the Democratic National Convention, after keeping his choice close to the chest for months," Politico wrote in the premature news item.

It said that Biden saw Harris as "a worthy opponent" during their primary clashes and that she would bring name recognition, her years as a California prosecutor and "skill as a debater" to the ticket.

Of course it's possible that Politico really did mistakenly run a text that had been prepared just in case of Harris winning -- a common practice in news organizations.

And it's possible that Biden's notes meant nothing other than that he admires Harris. The same points in the notes could, in theory, be used to praise her during a speech to announce he'd chosen somebody else.

Other candidates, particularly Rice, have been talked up in the final stretch. Warren, as a huge figure on the left of the Democratic Party, has also remained in the mix.

Harris brings the baggage of anyone who has done as much in public life, particularly as attorney general in California, where her role as crime fighter raises hackles among some on the Democratic left.

Still, with her mixed Jamaican and Indian heritage, her proven toughness on the job, and the fact that she is only 55, Harris ticks a lot of Biden's boxes.

But on Tuesday, Harris was applauded by none other than Trump himself.