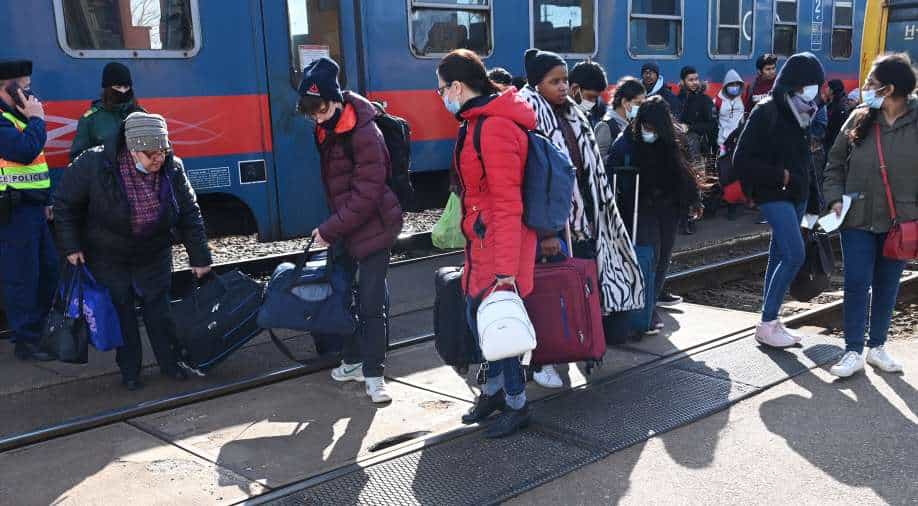 As the war between Russia and Ukraine triggers mass exodus, foreign students, especially Indians and Africans, attempting to cross over to Poland have claimed that they are facing racial abuse by the Ukrainian security forces at the border.

Several videos have emerged on social media purportedly showing people of African and Indian origin being blocked from boarding trains or being left stranded at Ukrainian stations.

Both BBC and CNN have also reported that foreign students are being subjected to racial segregation at border checkpoints.

One African medical student told CNN that she and other foreigners were ordered off the public transit bus at a checkpoint between Ukraine and Poland border.

They were told to stand aside as the bus drove off with only Ukrainian nationals on board, she says.

One Nigerian student told the BBC that an official told her “if you are Black, you should walk.” She had made it into Hungary and was trying to get a ticket home to Nigeria as quickly as possible. “If your skin is dark, you’re at a disadvantage,” she said.

The official visuals of Ukrainians blocking Africans from getting on trains. #AfricansinUkraine pic.twitter.com/hJYpM3LY0A

Sharing her ordeal, Saakshi Ijantkar, a fourth-year medical student from India, from Lviv told CNN, “There are three checkposts we need to go through to get to the border. A lot of people are stranded there. They don't allow Indians to go through.”

The 22-year-old further claimed that only 30 Indians are being allowed to get in after 500 Ukrainians.

The #Ukrainian police has come down on brutality against Africans, Blacks & People of color, trapped in Ukraine.

African Blacks R being beaten up badly on the Romanian border.

“To get to this border you need to walk 4 to 5 kilometres from the first checkpoint to the second one. Ukrainians are given taxis and buses to travel, all other nationalities have to walk. They were very racist to Indians and other nationalities,'" CNN quoted Ijantkar as saying.

She added that she witnessed violence from the guards to the students waiting at the Ukrainian side of the Shehyni-Medyka border.