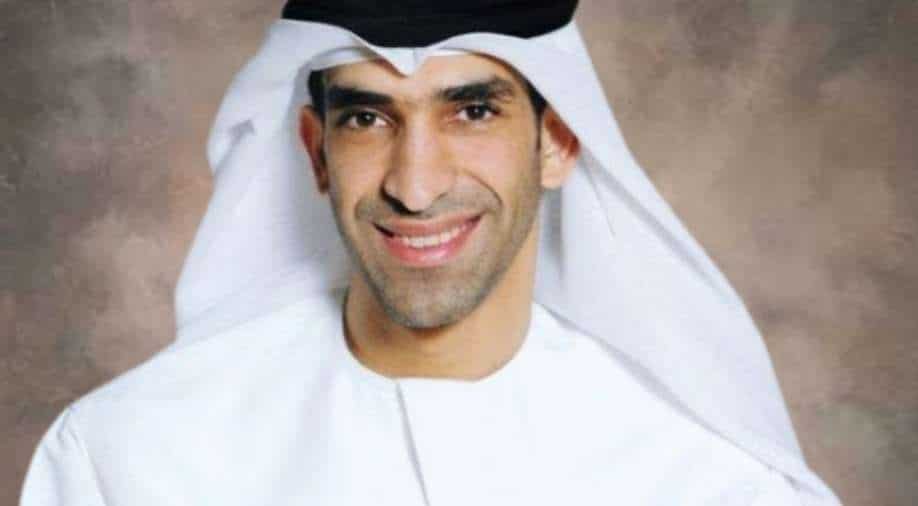 The FTA is India's first comprehensive trade agreement in a decade and under the deal, duty is eliminated on 80 per cent of tariff lines. The signing of FTA comes when India is celebrating 75 years of Independence & UAE is celebrating the 50th anniversary of its foundation

Days after India-UAE signed free trade agreement (FTA) with much fanfare in Delhi, United Arab Emirates (UAE)'s Minister of State for Foreign Trade Dr Thani Bin Ahmed Al Zeyoudi has said that the pact will add $9 billion to his country's GDP by 2030.

Speaking with WION’s Principal Diplomatic Correspondent Sidhant Sibal from Dubai, the minister said, “Indian businesses will enjoy faster, frictionless access to our market to leverage our position as a gateway to Asia, Africa, and Europe with direct access to more than 400 cities globally."

The FTA is India's first comprehensive trade agreement in a decade and under the deal, duty is eliminated on 80 per cent of tariff lines. The signing of FTA comes when India is celebrating 75 years of Independence & UAE is celebrating the 50th anniversary of its foundation.

The minister explained that it is the "first bilateral trade agreement we have ever signed", adding “It is no mere coincidence that India was the first country with whom we sought such a partnership.”

Minister Thani highlighted that his country expects to conclude trade talks with Israel and Indonesia in the coming weeks and that talks have begun with Turkey, the Philippines, Chile, Georgia and Colombia.

"The CEPA (Comprehensive Economic Partnership Agreement) model is central to our efforts to create a knowledge-driven economy and enhance the nation’s position as a global trade and investment hub."

The FTA or CEPA Comprehensive Economic Partnership Agreement aims at increasing the bilateral non-oil trade between the two countries to $100 billion annually.

WION: How will the recent India-UAE agreement change the trade ties between the two countries?

Thani Bin Ahmed: The UAE-India Comprehensive Economic Partnership Agreement (UAE-India CEPA) builds on the historic trade flows that have benefited people from both countries for centuries. As our third-largest trading partner in the world, we see India as a natural partner and this deal was negotiated to significantly expand opportunities for everyone – from the largest multinational corporations down to the start-ups and entrepreneurs eager to expand their horizons.

Upon ratification, companies will immediately notice the benefits of this deal—removal or reduction of tariffs, mutual access to government procurement, helping SMEs break into new markets and creating a framework to benefit from the potential of digital trade and advanced technology.

By substantially removing duties imposed on traded goods, this deal will open up new opportunities to export aluminium, copper, steel, and polymers such as polyethylene and polypropylene. Indian businesses will enjoy faster, frictionless access to our market to leverage our position as a gateway to Asia, Africa, and Europe with direct access to more than 400 cities globally. Based on our estimates, this deal will add approximately $9 billion to UAE GDP by 2030 and marks a paradigm shift in our ever-deepening relationship with India.

WION: How do you anticipate Indian goods can reach a wider market with this new agreement, and vice versa? On how many goods have custom duties been removed?

Thani Bin Ahmed: As a strategic trading hub located between some of the world’s fastest-growing regions in the world, and one supported by state-of-the-art infrastructure, the UAE offers Indian businesses seamless access to not only our market but to the rapidly expanding opportunities in the Middle East and Africa, too.

The agreement was carefully structured to ensure that the widest possible mix of sectors will be able derive the maximum value from the deal, so Indian exporters will enjoy enhanced market access to the UAE with the vast majority of duties either reduced significantly or eliminated altogether.

WION: How many countries has the UAE signed a similar FTA with and how many more could they be signing in the future?

Thani Bin Ahmed: This is the first bilateral trade agreement we have ever signed – and it was no mere coincidence that India was the first country with whom we sought such a partnership. Concluding this historic agreement in five months would not have been possible without the deep and strategic cultural, diplomatic, and economic ties both nations enjoy.

Strengthening international trade is a key objective we are working on to more than double the size of our economy from US$381 billion to US$762 billion in the next decade. We have set an initial target of concluding eight agreements this year. With the UAE-India CEPA finalized and on track for ratification, we expect to conclude talks with Israel and Indonesia in the coming weeks.

We have also opened talks with Turkey, the Philippines, Chile, Georgia and Colombia. Other nations have also expressed an interest and we are keen to work with our partners to rebuild supply chains and ensure that global trade is fair, sustainable and equitable.

WION: Where does the FTA feature when it comes to larger reforms in your economic outlook and goal to make your country a hub for the world?

Thani Bin Ahmed: To ensure we emerged strongly from the COVID-19 pandemic, the UAE launched a series of bold initiatives to strengthen our economic resilience and accelerate sustainable growth and diversification. In pursuit of this goal, improving and expanding bilateral relations with partners around the world was an important objective. The CEPA model is central to our efforts to create a knowledge-driven economy and enhance the nation’s position as a global trade and investment hub.

Throughout the previous year, we launched a series of initiatives that set the future course for the UAE. These included amending the Companies Law to allow 100 percent foreign ownership – and 100 percent repatriation of profits – for the very first time for onshore entities. We also upgraded our employment law, creating globally competitive freedom and flexibility in the workforce. These important changes complement our expanded economic partnership, offering exporters and investors from Mumbai and Chennai to New Delhi and Ludhiana greater ways to benefit from our business-friendly environment.

WION: When it comes to liberalised visa regime, how can Indians get help or engage in the process?

Thani Bin Ahmed: This agreement is not about liberalising visa regimes, rather it helps to facilitate the temporary entry of services providers in number of categories, which is extremely important to ensure the efficient flow of trade in services between both nations. Today, there are around 3.5 million Indian nationals who call the UAE home and they have had a transformative effect on our economy. These nationals have formed 4,365 companies across key sectors, from real estate to retail, manufacturing to media. Some of our most impressive entrepreneurial success stories are those of Indian nationals who have arrived in the UAE and built business empires.

WION:  Now with the Abraham Accords, your relationship with Israel has strengthened. Any larger plan for India, UAE, Israel trading ties, some kind of ease in trading relations?

Thani Bin Ahmed: The CEPA model is essential to our goals of deepening cooperation with international parties and allies all around the world. The Abraham Accords was signed more than a year ago to establish diplomatic ties and determine a new future for the region and offer greater opportunity for people around the world. In a complex and fast-changing world, we are striving to build transparent, predictable, and rules-based trading relationships with like-minded nations who share our aspirations for peace and prosperity.

As a tolerant and outward-looking nation, we are speaking with many nations with whom we see positive, mutually beneficial trade and investment potential. We look forward to building closer economic ties with India and Israel, among many others.

WION: How much investment will we see from the UAE in the Indian Union Territory of Jammu and Kashmir?

Thani Bin Ahmed: Some of the UAE’s largest businesses have committed to invest significantly across real estate, infrastructure, tourism, retail, healthcare and hospitality in Jammu and Kashmir. Deepening strategic ties with the territory will expand commercial cooperation, create jobs, and unlock the area’s tremendous untapped potential.

Dubai’s biggest port operator DP World plans to build an inland port in Jammu and Kashmir. Real estate developer Emaar Properties – the company behind the iconic Dubai Mall and the Burj Khalifa – will build a 500,000 sq. ft shopping mall, while LuLu Group has confirmed plans to set up a new food processing and logistics hub in Srinagar.

This is just the beginning. We are confident more opportunities will emerge once the UAE-India CEPA is ratified this year.