India offers $80.7 million Line of Credit to Madagascar for agriculture and mechanisation 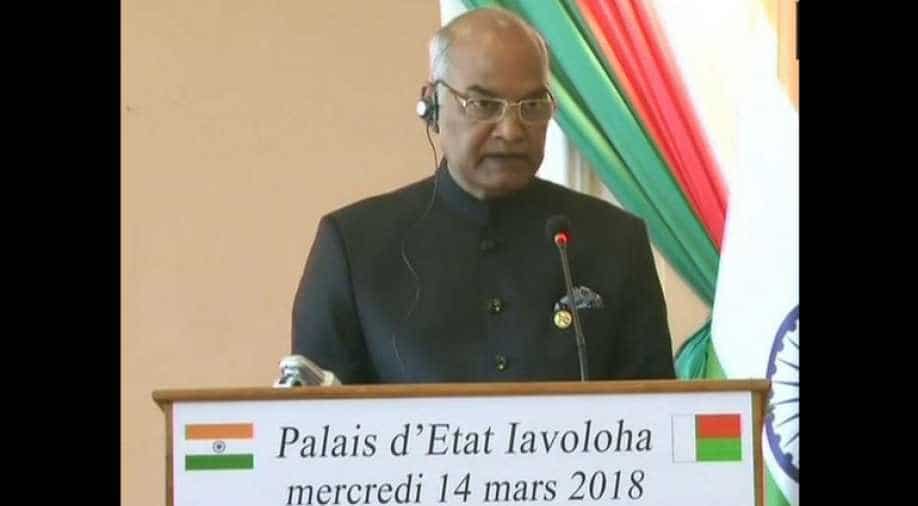 India has offered Madagascar an $80.7 million Line of Credit for agriculture and mechanisation during the visit of President Ram Nath Kovind to the island nation - the first ever by an Indian president.

President Kovind, who arrived there yesterday on the second leg of his two-nation state visit to Africa and the Indian Ocean Region, held delegation-level talks with his counterpart Hery Rajaonarimampianina in Madagascar.

India offered Madagascar an $80.7 million Line of Credit for agriculture and mechanisation yesterday, according to an official statement.

After the delegation-level talks, President Kovind was conferred the Grand Cross of the Second Class by Solonandrasan. This is the highest honour Madagascar bestows on a non-citizen.

Addressing students and academic community at the University of Antananarivo before concluding his visit, Kovind said, "our primary shared resource is the ocean, a vast expanse of water that holds within it many riches, much hope and sometimes hidden challenges as well. We need to explore the sea and we need to help fishing communities here in Madagascar".

"We need to ensure maritime security and guard against environmental degradation. Above all, we need to be prepared for humanitarian disasters and the unpredictable moods of the ocean. Malagasy and Indian Navies are close partners and Indian ships have made several friendly visits to Madagascar," he said.

Earlier today, President Kovind interacted with members of the India-Madagascar Business Forum and urged them to further trade and business opportunities.