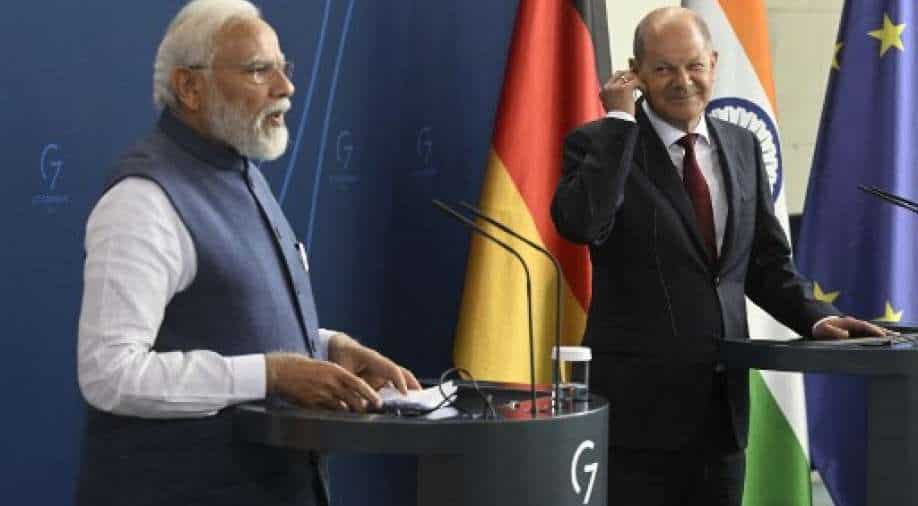 PM Modi asserted that India has the highest economic growth and it will become a "pillar of recovery" in the post-Covid era.

"Germany is a key economic partner," India's prime minister said as he met the German leader.

On the Ukraine-Russian conflict, India's prime minister said: "No party will emerge as victories in this war. We are for peace."

Prime Minister Modi said, "India is concerned about the humanitarian impact of this war."

On the post-Covid era, PM Modi asserted that India has the highest economic growth and it will become a "pillar of recovery."

India's prime minister while addressing a press conference said: "We have signed a trade agreement with UAR and Australia and we are making quick progress with EU as well."

Chancellor Sholz while welcoming the Indian prime minister informed that over 7,000 Indian students are studying in German universities.

The Chancellor appealed to President Putin to end the Ukraine war. "We all agree that the border should not be exchanged. We must ensure a better future by not putting wars against each other," he said.