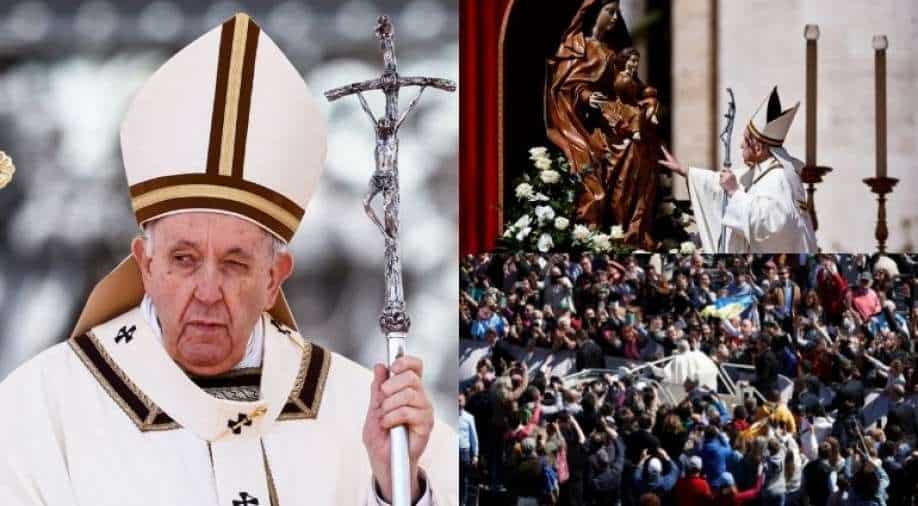 Pope Francis criticises Russia without naming it over war in Ukraine. Photograph:( Reuters )

Around 100,000 people were present in St Peter's Square during the speech. Although Pope did not mention Russia by name, much of the message was focused on Ukraine. He also thanked people, who had taken in refugees from Ukraine

The pope also urged world leaders to strive for peace while criticising Moscow for forcing Ukraine into a "cruel and senseless" conflict, media reports said.

Although Pope did not mention Russia by name, much of the message was focused on the war in Ukraine.

The remarks came at the 'Urbi et Orbi' address, which means to the city and the world. It is generally an overview of world conflicts.

Around 100,000 people were present in St Peter's Square during the speech.

"Our eyes, too, are incredulous on this Easter of war. We have seen all too much blood, all too much violence. Our hearts, too, have been filled with fear and anguish, as so many of our brothers and sisters have had to lock themselves away in order to be safe from bombing," Pope said.

Watch | Zelensky: We will end negotiations if our troops are harmed

"May there be peace for war-torn Ukraine, so sorely tried by the violence and destruction of the cruel and senseless war into which it was dragged," he added.

"Let there be a decision for peace. May there be an end to the flexing of muscles while people are suffering," Francis said on Sunday.

He also thanked people, who had taken in refugees from Ukraine.