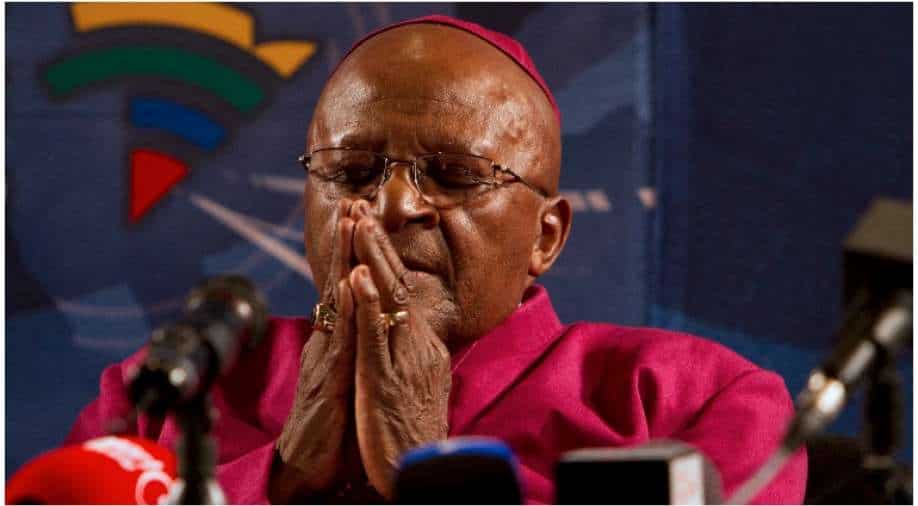 Tutu, who died Sunday at 90, was one of the leading voices against apartheid, helping to bring about the end of the brutal segregationist system in South Africa

In a requiem Mass that interwove several southern African languages, in the style of Archbishop Desmond Tutu’s own preaching, parishioners at his former church in Johannesburg bade farewell this week to the activist priest who took on apartheid with a message of peace and forgiveness.

The service, at St. Mary’s Cathedral on Thursday, was part of a week of mourning across South Africa that has again brought to the fore questions about the state of reconciliation and its democratic process as the country looks back on its segregated past and the role the archbishop played in trying to unify the country.

Flags across the country are flying at half-staff to commemorate a national hero, but his memorials have been simple affairs — led by religious leaders, with few speeches from national politicians and with modest floral bouquets and few portraits. The archbishop’s coffin is unvarnished and fitted with rope handles, in line with his final wishes.

Tutu, who died Sunday at 90, was one of the leading voices against apartheid, helping to bring about the end of the brutal segregationist system in South Africa. After the collapse of apartheid, the archbishop took on a new role, shepherding the country’s difficult transition as head of its Truth and Reconciliation Commission.

In retirement, his calls for social justice expanded to the HIV/AIDS pandemic, LGBTQ rights and climate change, again challenging church and state even as he grew more frail.

His official funeral will be Saturday at the St. George’s Cathedral in Cape Town, where he became the first Black archbishop in 1986 and effectively the spiritual leader of southern Africa’s Anglican churches. Before that, he had brought the church to the forefront of the fight for nonviolent democratic change in South Africa, earning him international support and a Nobel Peace Prize in 1984.

In his final years, however, those close to him saw a man increasingly disillusioned with the condition of the democracy he helped usher in.

The Rev. Frank Chikane, in his sermon at Tutu’s requiem Thursday, said as much in recalling his last encounter with the archbishop.

“He did not think that this was what we struggled for,” Chikane said from the pulpit. “I would like to say rest in peace, Archbishop. We will not rest until we have achieved the ideal society you were championing.”

Deep inequality remains entrenched in South Africa, still etched along racial lines. Three decades after the country’s first racially inclusive election, in 1994, the government is still struggling to fulfill its promise of dignified education, housing and health care for a Black majority that was denied those basic rights under apartheid.

The governing party, the African National Congress, once led by Tutu’s close friend and ally, Nelson Mandela, has been hobbled by infighting and bitter accusations of corruption and cronyism. For years, some of those accusations came from the archbishop himself, and resentment grew between him and some party leaders.

For a new generation of South Africans, the heady days of new democracy in the 1990s are long gone, and some have become cynical about the vision the archbishop preached of a “rainbow nation,” embittered by the widening gap between rich and poor, Black and white South Africans.

This reckoning with the past is much larger than the individuals and speaks to South Africa’s “unfinished business,” said Busisiwe Dlamini, a scholar and activist for racial equity. She said she worried not so much about differences over the Truth and Reconciliation Commission’s legacy, but more by the thought that young South Africans might be sliding into indifference.

“Let’s take this moment to mourn, to celebrate, and then to say what’s coming up in these different voices that seem polarized but are telling us that there’s work to be done,” Dlamini said. “The process of the TRC was bigger than the bishop himself.”

Although his message was one of nonviolence, Tutu never appeared to shrink from a fight with the government or even his own church.

Around South Africa and the globe, some have recounted the time when Tutu donned a T-shirt with the words “HIV-positive” and lent his name to an HIV research center in the early 2000s. He went on to fight the stigma associated with the disease, when South Africa’s public health policy was characterized by indecision and misinformation, and thousands died. Others recalled how he fought to have women ordained in the South African clergy and challenged the international church on its stance on LGTBQ rights.

“He was a few steps ahead of society, not just the church,” said Bishop Malusi Mpumlwana, secretary-general of the South African Council of Churches, a position that Tutu once held.

While many South Africans have commemorated the archbishop’s decades of work, some critics have questioned the years he spent as chair of the Truth and Reconciliation Commission. They argue that the dialogue and reckoning the commission sought was not enough to truly heal South Africa’s deep wounds.

While leading the commission, Tutu welcomed the critique that the freedom fighters’ bloody campaign against apartheid could not be equated with the calculated brutality of the security forces that enforced the system. In a 1995 television interview, he said he saw it as evidence of the complexity of South Africa’s reconciliation project.

As a young lawyer who was imprisoned by the apartheid police and who defended the activists accused of treason, Dumisa Ntsebeza, too, was skeptical of the Truth and Reconciliation Commission, even as he was appointed head of its investigations.

From the outset, in an act passed by a government led by Mandela in 1995, the commission was designed to scrutinize atrocities committed by both sides between 1960 and 1994, when South Africa’s landscape resembled a “low-intensity war,” Ntsebeza said. The idea, he added, was to promote reconciliation, “not implement it.” With its time and resources limited by an act of Parliament, it was clear that the commission would not be able to fully address South Africa’s racist past, he said.

“I think the politicians wanted to appear to be doing something about our past,” Ntsebeza said. “It was designed to raise further questions, to let people see enough of what the act defined as gross violations of human rights.”

In later years, Tutu became a critic of the process he once led. He chastised the African National Congress-led government for failing to prosecute those who were denied amnesty during the Truth and Reconciliation Commission and for failing to introduce the kinds of reforms that would have addressed economic inequality, one of the most enduring legacies of apartheid.

He called for reparations for the victims of apartheid and reiterated the commission’s earlier calls for a one-off wealth tax to begin addressing South Africa’s inequality.