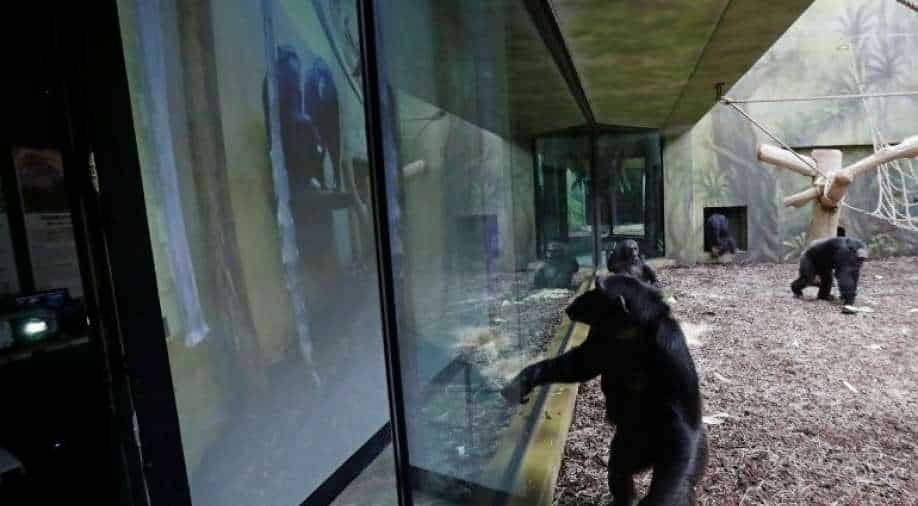 Even though humans may be tired of the digital lifestyle, the chimps are just starting to love it!

Coronavirus might have fuelled an era of digital learning and communication among humans. Now, animals are not far behind. Chimpanzees at two Czech zoos are starting to enjoy video conferencing!

Even though humans may be tired of the digital lifestyle, the chimps are just starting to love it! Chimpanzees at the Safari Park Dvur Kralove and the troop situated in a zoo 150 kms away in Brno can now interact with each other and keep a track of each other’s daily activities on mega screens. 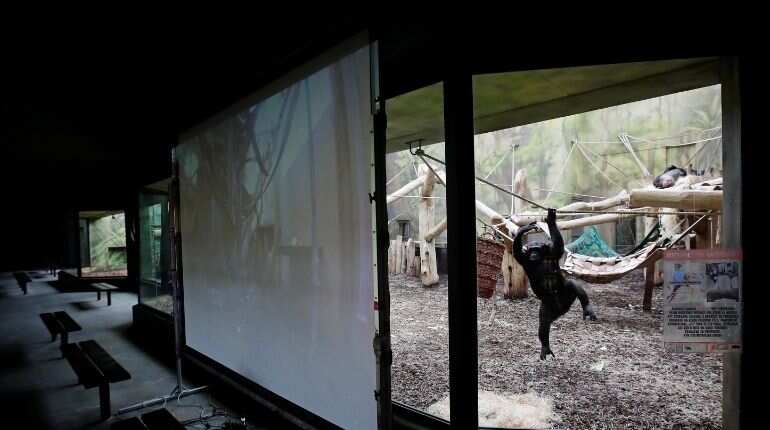 The zookeepers came up with the idea owing to the lack of interaction given the ongoing pandemic. The sound is always cut off from the screen. But ever since the video project kicked off last week, interest in the interaction has increased.

Gabriela Linhartova, an ape keeper at Dvur Kralove which lies 135 kilometres east of Prague was quoted by Reuters as saying that in the beginning, “[chimps] approached the screen with defensive or threatening gestures, there was interaction”. 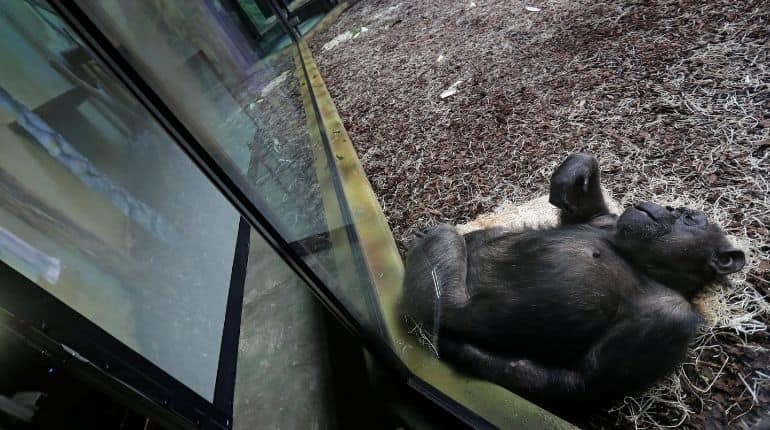 “It has since moved into the mode of ‘I am in the movies’ or ‘I am watching TV’. When they see some tense situations, it gets them up off the couch, like us when we watch a live sport event”, Kralove added. 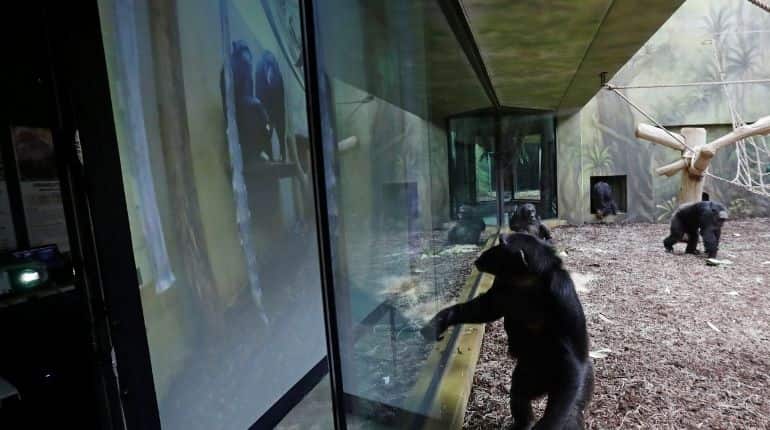 Just like humans, the chimpanzees enjoy snacking while watching their animals in action and have been spotted chewing on nuts with eyes fixed on the screen.

The video conferences are aired on the park’s website, and are expected to run daily from 8 am-4 pm till the end of March, after which zoo authorities will decide whether to continue.

(Images and inputs by Reuters)