In pics: Treasure trove of relics from Bronze Age discovered in Sweden 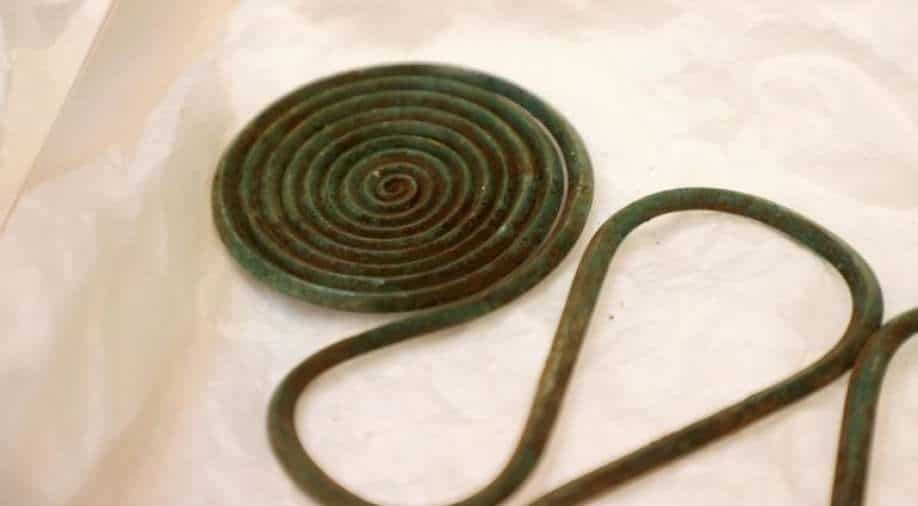 Some objects of a find from the Bronze Age are presented on April 29, 2021 in Gothenburg, Sweden. The find discovered in Alingsas consists mainly of objects for personal decoration and is one of the most spectacular and largest depot finds from the Late B Photograph:( AFP )

The authorities reported that the relics primarily include jewellery, which were found outside the Swedish town of Alingsås

A treasure trove of relics from the Bronze Age was discovered in Sweden recently. Swedish authorities reported the discovery dating back to 2,500 years ago on Thursday which was originally spotted by an orienteering enthusiast in April.

The authorities reported that the relics primarily include jewellery, which were found outside the Swedish town of Alingsås. According to the Swedish Country Administrative Board, the relics constitute "the most spectacular and largest cache finds" from the Bronze Age ever in Sweden. 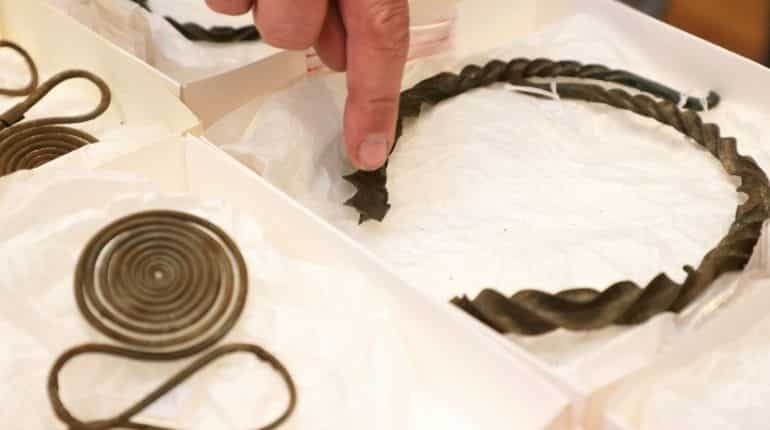 The relics can be put in the timeline between 740 and 500 BCE and include “very well preserved necklaces, chains and needles” - all made out of bronze.

Shockingly, the objects were simply lying in the open forest near a few boulders. Researchers believe that the relics were dug out by animals. "Presumably animals have dug them out of a crevice between the boulders, where you can assume that they had been lying before," the authorities said in a statement. 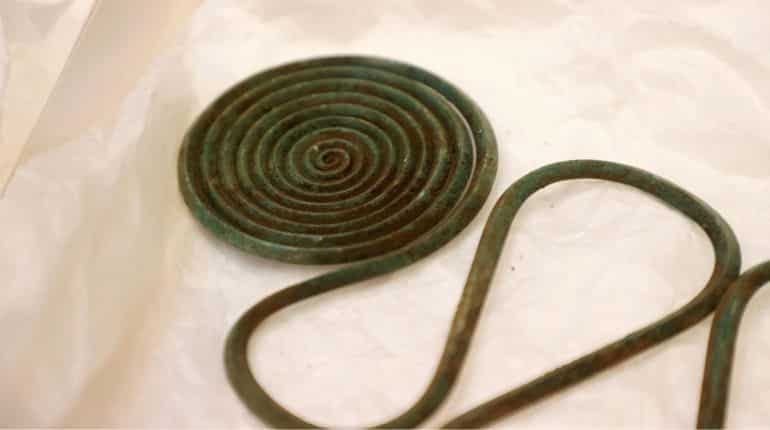 The objects were discovered by Tomas Karlsson, a cartographer who first believed the objects to be junk, AFP reported. "It looked like metal garbage. Is that a lamp lying here, I thought at first," Dagens Nyheter newspaper quoted him as saying. He further said that “it all looked so new” and that he thought they were “fake”. 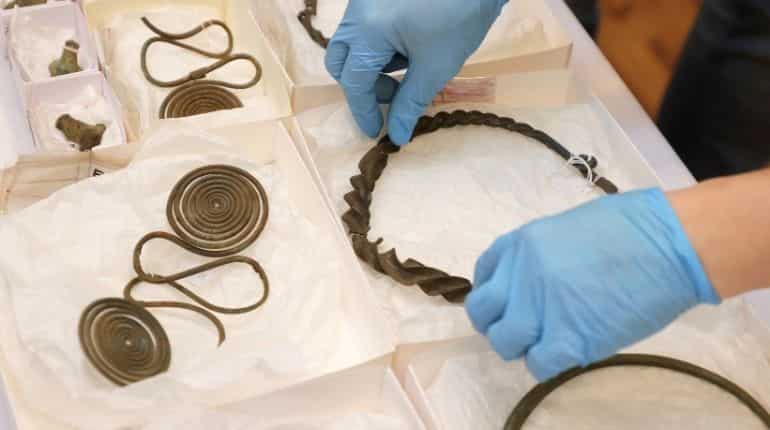 Soon after, the discovery was reported to local authorities who sent out a team of archaeologists to assess the site of findings.

In the official statement, bronze items found in the forest may be associated with a woman “of high status from the Bronze Age”, as stated by Johan Ling, a professor or archaeology at the University of Gothenburg.