In message to Vladimir Putin, Biden deploys B-1 bombers to Norway 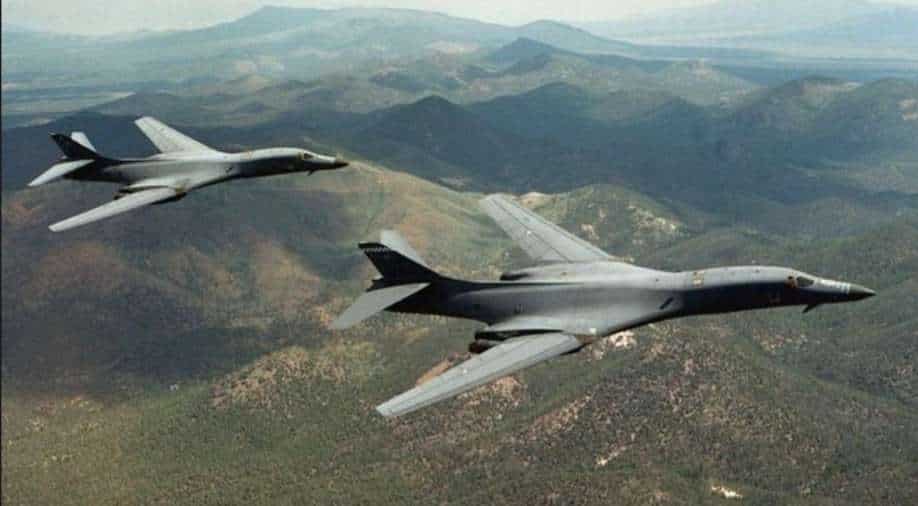 Four US Air Force B-1 bombers and approximately 200 personnel from Dyess Air Force in Texas are being deployed to Orland Air Base in Norway.

As US military is intensifying its focus on the strategically important Arctic region, President Joe Biden is deploying Air Force B-1 bombers to Norway to express to Russia's Vladimir Putin that America will defend allies if Russia shows aggression in the Arctic.

In a first-of-its-kind deployment for the huge, swing-wing bombers, four US Air Force B-1 bombers and approximately 200 personnel from Dyess Air Force in Texas are being deployed to Orland Air Base in Norway.

CNN reported that within three weeks, missions will begin in the Arctic Circle and in international airspace off of Russia's northwest coast.

Watch | Days of the US 'rolling over' are gone: Biden warns China, Russia in first diplomatic speech

“Operational readiness and our ability to support allies and partners and respond with speed is critical to combined success,” Gen Jeff Harrigian, the commander of US Air Forces in Europe and Africa, was quoted as saying in the statement. “We value the enduring partnership we have with Norway and look forward to future opportunities to bolster our collective defense.”

“While details of specific missions or numbers of events are not discussed as part of routine operational security standards, US Air Forces in Europe routinely host a variety of U.S. aircraft and units across the theater in support of USEUCOM objectives,” the statement read.

B-1 Lancer squadron is a supersonic variable-sweep wing, heavy bomber used by the United States Air Force. It is commonly called the "Bone" (from "B-One").[1] It is one of three strategic bombers in the US Air Force fleet as of 2020, the other two being the B-2 Spirit and the B-52 Stratofortress.

Earlier on February 5, US President Joe Biden confronted China and Russia over authoritarianism and human rights abuses among other issues as he voiced out his foreign policy approach.

"American leadership must meet this new moment of advancing authoritarianism, including the growing ambitions of China to rival the United States and the determination of Russia to damage and disrupt our democracy. We must meet the new moment ... accelerating global challenges from the pandemic to the climate crisis to nuclear proliferation," the US president had said.