In last four days, have hit enemy harder than ever before: Trump on 9/11 attack anniversary 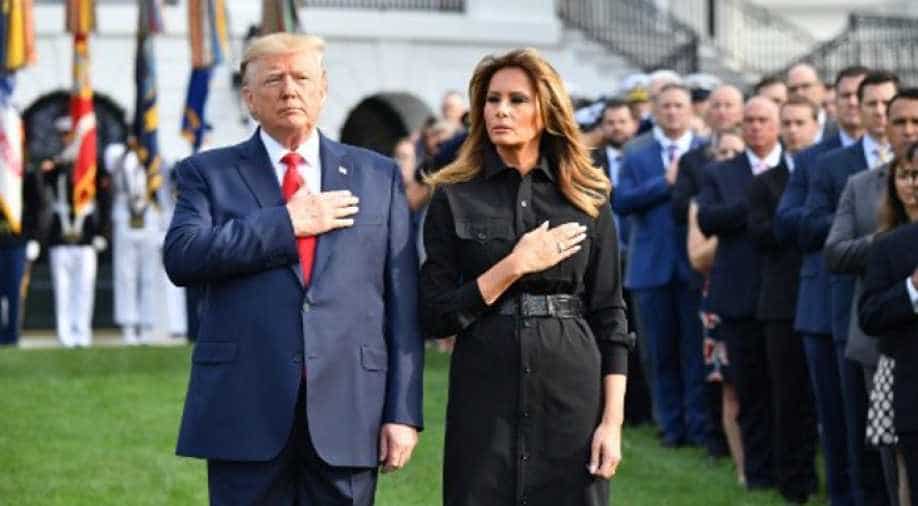 Trump said the assault was ordered after he cancelled secret peace talks with the Taliban over the weekend.

President Donald Trump warned Wednesday that what he describes as an unprecedented US military assault against the Taliban in Afghanistan is to continue just five days after he scrapped peace talks.

Speaking at a ceremony marking the 18th anniversary of the 9/11 attacks, Trump said that over "the last four days" US forces have "hit our enemy harder than they have ever been hit before and that will continue."

Trump said the assault was ordered after he cancelled secret peace talks with the Taliban over the weekend in retaliation for a bomb attack that killed one US soldier last week.

After a solemn commemoration at Ground Zero in Manhattan, Trump spoke at a Pentagon event honouring the nearly 3,000 people killed in the attacks -- announcing an unprecedented escalation of the military assault on the Taliban.

The nature of the offensive was not immediately clear but Trump said it was ordered after he cancelled peace talks with the Taliban over the weekend in retaliation for a bomb attack that killed one US soldier last week.

He also warned the terrorists against ever carrying out an attack in the US again.

"If for any reason, they come back to our country, we will go wherever they are, and use power, the likes of which the United States has never used before," Trump said.

"I'm not even talking about nuclear power. They will never have seen anything like what will happen to them," he added.