In drills to prepare for a China attack, Taiwan lands jets on highway 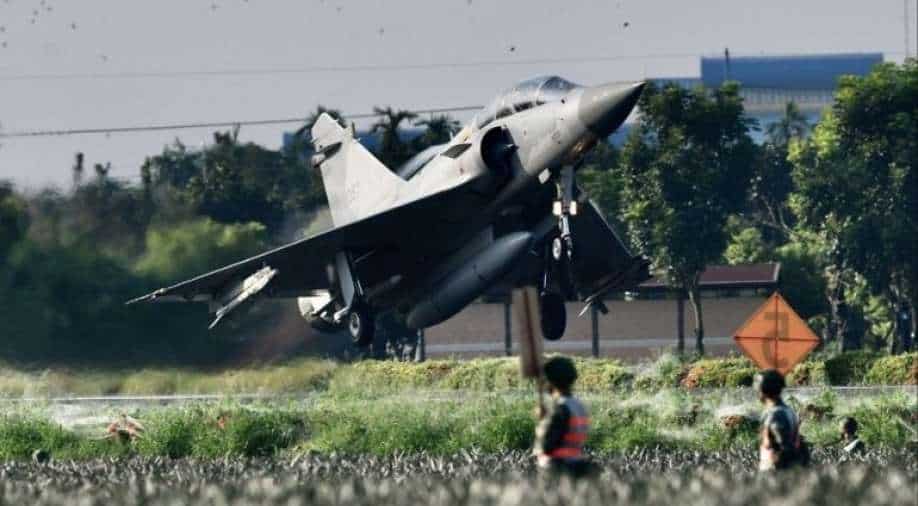 An armed French-made Mirage fighter jet takes off from a motorway in Pingtung, southern Taiwan, during the annual Han Kuang drill on Wednesday. Photograph:( AFP )

Three Taiwanese fighters and an E-2 Hawkeye early warning aircraft landed on a highway strip as part of the week-long Han Kuang drills, which were overseen by President Tsai Ing-wen. These drills looked to enhance capabilities of the security forces in the event of a China attack in the future

As annual drills reached their peak, Taiwanese fighter jets landed on a makeshift runway on a highway strip on Wednesday.

The drills, which were overseen by President Tsai Ing-wen, looked to enhance capabilities of the security forces that would come in handy if China attacks and targets Taiwan's vulnerable air bases.

In the exercise, three fighters, an F-16, French-made Mirage and a Ching-kuo indigenous defence fighter, and an E-2 Hawkeye early warning aircraft landed on a highway strip specially designed to be straight and flat for rapid conversion from a road into a runway in rural southern Pingtung county.

Across the island, Taiwan has constructed five emergency highway runways, which can be pressed into service in the event a Chinese attack takes out air force bases. It means the air force will still be able to operate.

The week-long Han Kuang drills are taking place around Taiwan. In it, exercises are being undertaken to practise repelling a Chinese invasion, protecting critical infrastructure and night operations.

On Facebook, Tsai wrote, "Such splendid combat skills and rapid and real actions come from solid everyday training and also demonstrate the confidence of the Republic of China Air Force in defending its airspace."