In China, an election bellwether flashes for Trump 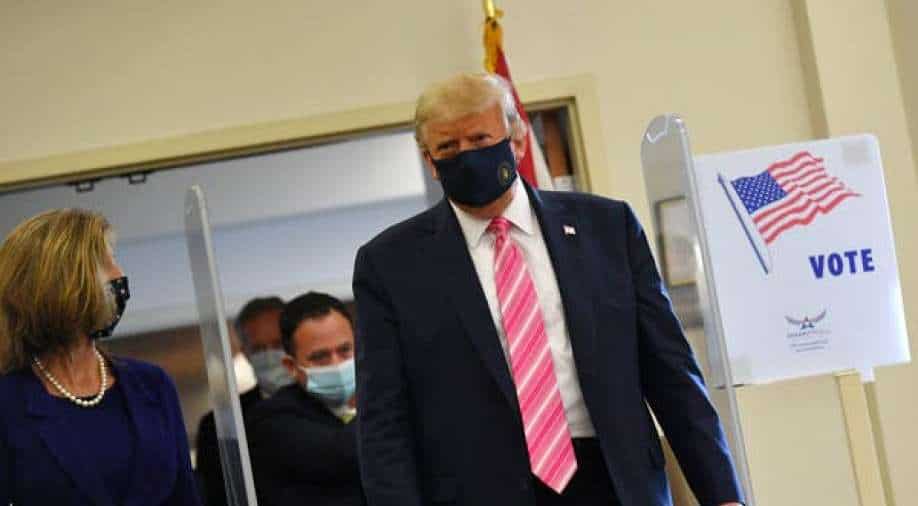 Deep inside a 10-block-long factory outlet mall in China, the people who supply Americans with their plastic dinosaurs and “Kiss My Bass” baseball caps are confident about an election victory for President Donald Trump

Deep inside a 10-block-long factory outlet mall in China, the people who supply Americans with their plastic dinosaurs and “Kiss My Bass” baseball caps are confident about an election victory for President Donald Trump.

Trump’s campaign paraphernalia — hats, banners, mugs and practically anything else that can carry a logo — has been selling briskly at shops in the vast wholesale market in the Chinese city of Yiwu. By contrast, shop owners said during recent visits, bulk orders for materials supporting former Vice President Joe Biden have been almost nonexistent.

Also read: How Trump maneuvered his way out of trouble in Chicago

“We’ve had four or five shoppers for Trump materials each month,” said Ge Lu, a salesman at one of about 100 shops specializing just in flags, referring to big purchasers who buy banners by the thousands. “We’ve had one Biden shopper this year.”

The place isn’t for the average shopper. Yiwu is home to the world’s largest wholesale market, where global retailers look for items to stock on their own shelves. In building after cavernous building, buyers for companies big and small pick through stalls featuring hats, T-shirts, banners, face masks, baby toys, knapsacks, modeling clay and practically any other manufactured product that will delight the world’s fickle consumers.

It is also home to what Chinese watchers of U.S. politics — a nervous group these days, given souring relations between the two countries and Beijing’s tighter limits on conversation — call the Yiwu Index. Big demand for a presidential candidate’s merchandise, goes the theory, translates into big voter turnout in November.

“Trump still has the better chance,” said Zhang Zhijiang, the owner of a caps and hats factory in Jiangsu province who keeps a sales office in the Yiwu market.

Trump might welcome the news from Yiwu. He trails Biden in nationwide polls and in a majority of key battleground states just a week before the election. His campaign has been shaken by the coronavirus, which continues to spread relentlessly through the United States and has even struck the White House.

Followers of the Yiwu Index believe it is reliable, however, and they have history on their side. In 2016, the index consistently predicted a Trump victory. In the final weeks of the campaign, demand for Hillary Clinton hats and other souvenirs weakened considerably.

“They started off even, but then they stopped selling, and later, Trump sold more,” said Dai Fuli, the owner of a baseball cap factory in the city of Qingdao who maintains an outlet in Yiwu.

China is watching the election nervously. Trump launched a trade war against Beijing and has taken a more confrontational approach on issues like high-tech export controls, industrial espionage, Taiwan and the South China Sea.

At the same time, some in China expect little improvement under a Biden administration. They worry that Biden might even step up criticism of China’s human rights record while strengthening U.S. alliances with China’s neighbors and with Europe to limit China’s rise.

Official anxiety has led to light coverage of the election. Chinese state media has reported the large role that money plays and urged without success that China policy not become a political issue. On Chinese social media, Trump’s frequent interruptions during debates with Biden attracted widespread attention.

Given the political sensitivities, the government-controlled market has banned big displays of campaign merchandise for fear of looking partisan. Many merchants declined to speak during the recent visits.

Formally named the Yiwu International Trade City, it boasts 12 times the floor space of the Empire State Building, making it look like a small city. Much of the complex was hastily and even shoddily built two decades ago, giving its prematurely aging buildings a ramshackle look.

It has 70,000 shops, and transactions taking place under its many roofs exceed $60 billion a year. The national government considers the market enough of an indicator of the health of light manufacturing that it manages its own Yiwu Index, of average prices at the shops.

With some disorderly exceptions, floors are organized by type of merchandise. The warren-like corridors of one floor were devoted to hats. A second housed flags. A third floor featured costumes and masks, while another was devoted to toys.

Dai, the owner of the baseball cap factory in Qingdao, rents a stall on the hat floor. She said orders for Trump baseball caps had been consistently strong for two years. Biden cap orders were negligible until he became the expected Democratic nominee last spring, but only in recent weeks have these customers wanted to put down cash, she added. The recent orders arrived too late to make and deliver the hats before the election.

So the total for Trump cap orders so far this year: “There are tens of thousands this year,” Dai said. “Biden has a few thousand.”

Despite its accuracy in 2016, the Yiwu political index has its flaws. Often the buyers are not the campaigns themselves but proxies, like companies and other institutions that want to express their support for a candidate, or simply stores that want to sell popular merchandise.

The pandemic has interfered with normal marketing. China has barred practically all international visitors since the end of March, and it has required stringent, two-week quarantines for those who do enter. This has reduced overall activity compared with the 2016 presidential campaign, merchants said.

The pandemic has also produced different styles of campaigning. Trump has emphasized large gatherings, with supporters waving pennants and wearing various campaign merchandise, which increases demand for goods from Yiwu. Biden has avoided holding or encouraging mass gatherings in person and has relied more on online events.

As in 2016, Trump also appears to be gaining a considerable share of his support from people in rural areas, where people may have more room for yard signs and banners. Biden has done better in cities, where apartment dwellers have less room to wave flags.

Some vendors think Biden’s supporters may simply be taking business elsewhere. Zhang, the hat factory owner in Jiangsu province, said Biden supporters appeared to be placing more of their baseball cap orders in Vietnam and Myanmar.

With trade with the United States increasingly in doubt, a few Yiwu vendors said they were becoming less interested in the U.S. market. In the flag section, some appeared to be appealing instead to China’s rising nationalism. On the flag floor, the corridors were a scarlet sea of red national flags, red Chinese Communist Party pennants and other souvenirs.

Yet Trump paraphernalia is still in demand. At a Halloween mask factory outlet, rubbery Trump masks were consistently popular and completely sold out.

The factory created a Biden mask, said Gigi Zhang, the store manager, but nobody had ordered it yet. 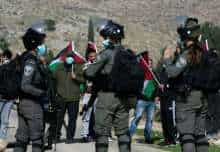 US plans to not extend TikTok divestiture deadline