In a democracy, everyone's emotions need to be taken into account: Sadhguru at WION Global Summit 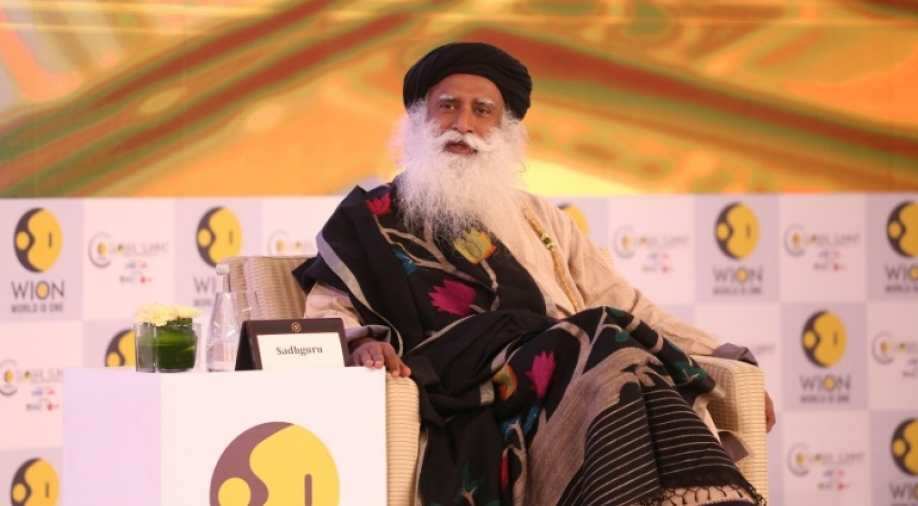 Spiritual guru and founder of Isha foundation Sadhguru at the WION Global Summit. Photograph:(WION)
Follow Us

Sadhguru who is the head of the Isha Foundation, a non-profit organization, emphasised that sustainable development was the way forward for South Asia.

Sadhguru, founder of Isha Foundation, while speaking to the audience at WION's Global Summit, said that practical situations need to be handled in different ways when human conflicts occur.

Sadhguru who is the head of the Isha Foundation, a non-profit organisation, emphasised that sustainable development was the way forward for South Asia. He pointed out that in a democracy, everyone's emotions and considerations need to be considered, although it becomes difficult at times.

"This is that kind of time that whatever you say, it will be taken in an extreme way. There are lots of dead bodies and a lot of grieving families. So, there are emotions, some very strong emotions. But there are problems and there are solutions. When we invest in problems, problems multiply. It would be wise to invest in solutions. But in a democratic nation, when you take everyone's considerations and emotions it becomes very difficult to move in any one direction," Sadhguru said.

"I feel this won't be a difficult problem to solve if there is abstinence from daily violence that's unleashed in the form of terror. The old philosophy of thousand cuts is still being executed. When that's going on, it becomes difficult to even talk about solutions. I think that's where we are right now," he added.

Talking about the state of South Asia, Sadhguru said, "In the region, we have 33 per cent of world's malnourished. The largest number of stunted children in the world are in this region. If you take individuals and families, their aspirations will be very economic. I feel putting economics as the front foot is the best way to do it."

Sadhguru was part of a session on South Asia: A possibility beyond present realities which was moderated by international journalist Riz Khan.

Talking about India and Pakistan, the two neighbouring countries, and the ties between them, Sadhguru said that India made a serious effort in giving Most Favoured Nation status to Pakistan “but it did not work out and the MFN status was withdrawn”.

"Talking peace is a very fashionable thing. But when the proponents of violence say they will first liberate Kashmir, and subsequently India, you cannot endlessly talk peace with them," the spiritual guru said. He added that the whole region has to bring economic prosperity for peace to prevail here.

"I'm sure people in Pakistan also aspire for their well-being. Certain forces in every nation behave like they are the representatives of an entire country, but they are not. You should see the bonhomie between Indians and Pakistanis when they are outside the region," he said.