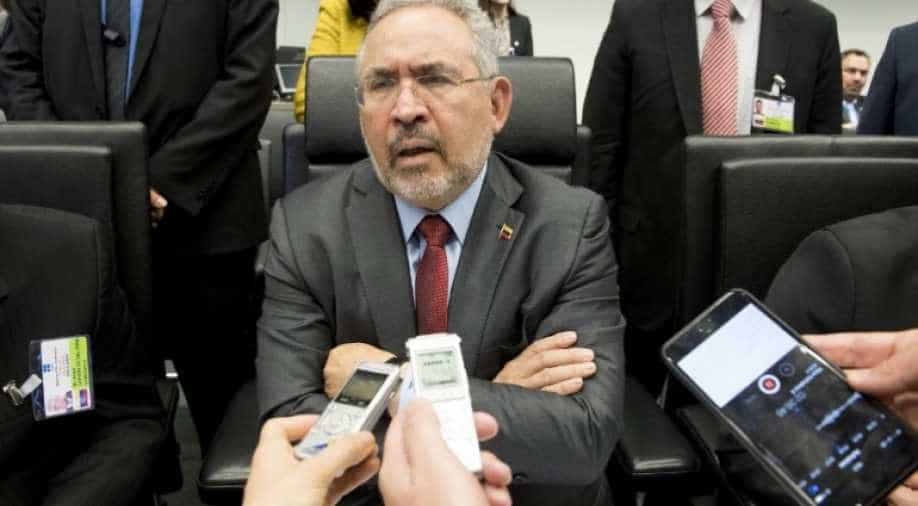 Martinez, who also served as president of state oil firm PDVSA, was arrested on November 30 last year, four days after President Nicolas Maduro removed him from his position.

Martinez, who also served as president of state oil firm PDVSA, was arrested on November 30 last year, four days after President Nicolas Maduro removed him from his position.

"Nelson Martinez was suffering from a serious chronic illness whose progression aggravated his condition and led to his death. Until the last moment ... he received the required treatment and medical attention in a health centre," the prosecutor's office said, denying that Martinez died in prison.

"Nelson Martinez just died... kidnapped and abused for a year under the orders of Maduro, who knew of his chronic illness. They humiliated him and denied him his right to defence and to life. Maduro, YOU are responsible," Ramirez wrote on Twitter.

Prosecutors accused both Martinez and another former oil minister and PDVSA chief of being part of a corruption network in the country's oil sector, with Ramirez at the helm.

Ramirez was PDVSA president for a decade from 2004, a member of Hugo Chavez's intimate inner circle. Until a falling out with Maduro last year, Ramirez had not been investigated and served as Venezuela's ambassador to the UN.

Martinez is the latest in a series of people to die in Venezuelan custody.

In August, opposition councillor Fernando Alban died after falling from the 10th floor of Venezuela's intelligence services headquarters in Caracas.

The government maintains it was a suicide, but Maduro's critics claim he was tortured during interrogation and thrown from a window.

According to human rights organization Foro Penal, there are 288 "political prisoners" in Venezuela.