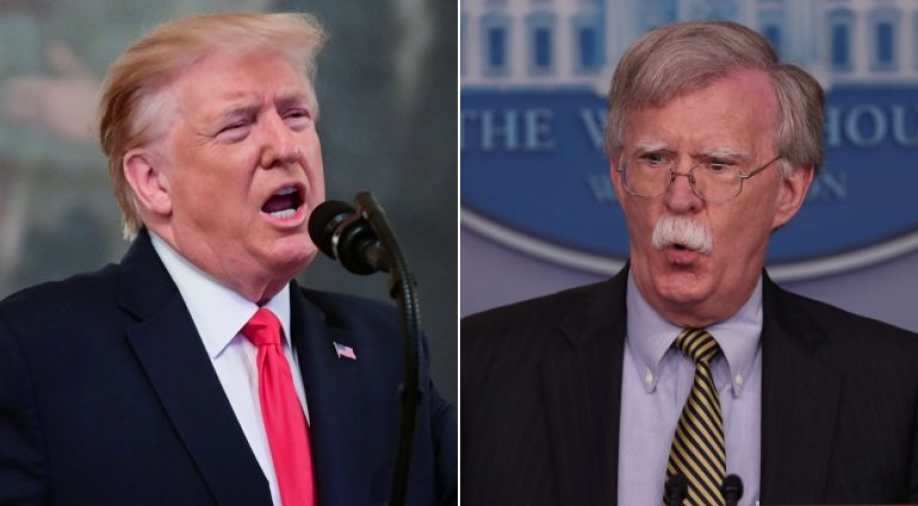 Trump's team largely avoided the Bolton issue on the floor of the Senate, stating that there was nothing new in the former NSA's leaked accounts.

Donald Trump's impeachment trial was expected to be a mere formality, but the Republican-dominated Senate has virtually ruled out removing their President. Or so it seemed before Trump's former national security adviser John Bolton dropped a bombshell in the form of evidence that cuts directly at the root of Trump's defence. The President's lawyers have argued that he never leveraged aid to Ukraine to acquire damaging information against Joe Biden and his son Hunter.

But from a leaked page of John Bolton's upcoming book, it seems the president told his top aide that aid to Ukraine will be withheld. This has increased pressure on Republican senators to give in to the demand for new witnesses, especially since Bolton had expressed his desire to testify, given how the Democrats need only 4 Republicans to join them for a bipartisan majority. Republican senators Mitt Romney and Susan Collins said the leaked excerpts highlight the necessity of witness testimony from individuals such as John Bolton.

Trump's team largely avoided the Bolton issue on the floor of the Senate, stating that there was nothing new in the former NSA's leaked accounts. The possibility of Trump's team trying to prevent Bolton from testifying and also discrediting his public comments is plausible. Trump's lawyer Rudy Giuliani was called a 'human hand grenade' in the Ukraine scandal by former National Security Advisor John Bolton.

These claims were dismissed by Jane Raskin, Donald Trump's impeachment attorney who called Giuliani a "colourful distraction, a household name, a legendary federal prosecutor who took down the mafia, corrupt public officials, wall street racketeers. Crime busting mayor, who cleaned up new york and turned it around. A national hero. America's mayor after 9/11. And after that, an internationally recognized expert on fighting corruption."

Joe Biden's son, Hunter Biden also received a lot of hostility from the President's team, who said that Hunter's decision to join a Ukraine-based company had raised many eyebrows. Pam Bondi, an attorney on Trump's legal team said that "Hunter Biden's decision to join Burma raised flags almost immediately. One article from may 2014 stated the appointment of Joe Biden's son to the board of Ukrainian gas firm Burisma has raised eyebrows the world over. Even an outlet with a bias for Democrats pointed out Hunter Biden's activities created a conflict of interest for Joe Biden. The article stated the move raises questions about a potential conflict of interest for Joe Biden."

But this leak could not have come at a better time for the Democrats, as it helps them to push their case for including new testimonies in the trial. So far the Senate Republicans have rejected this orthodox approach along partisan lines. "I certainly hope so. There seems to be a real shift in where the Republican senators are, and I think it's very hard for them to maintain that they wanted a fair trial. Wanted to know all the facts when there's a witness who said, I'm ready, I've got something to say. We have an outline of what he has to say. It's really hard to say we're not going to hear that," said Adam Schiff, lead House Impeachment Manager.